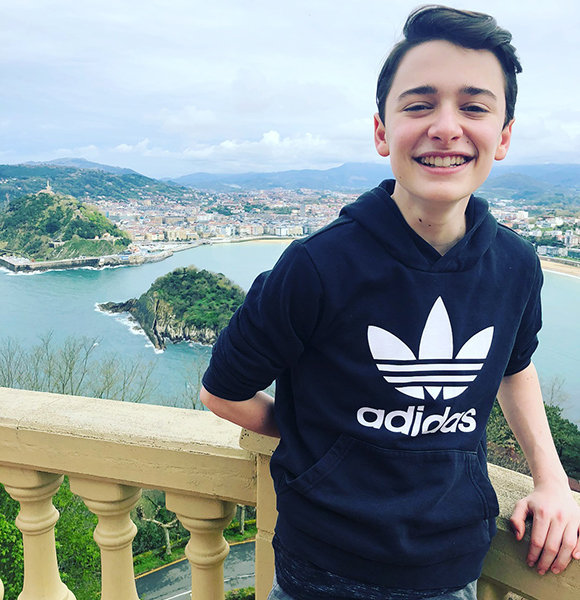 At age 6, Noah Schnapp joined acting classes; everything after that is, as they say, history.

Becoming the upcoming star, the actor's fandom is well curious about his possible dating life and always asks the question, "Who is Noah Schnapp's Girlfriend?"

From voicing Charlie Brown in The Peanut Movie to working with legends like Steven Spielberg and Tom Hanks in Bridge of Spies to becoming a worldwide phenomenon through this breakout role as Will Byers in the hit Netflix show Stranger Things.

The star is reaching new heights of success.

Starting with his dating life,

Does Noah Schnapp Have a Girlfriend?

Single now star Noah has been linked with many girls as he is one of the rising stars through this incredible acting in the world's hit show Stranger Things.

If we have to introduce Noah's alleged girlfriend, Millie, she portrays Eleven -  a girl with psychokinetic and telepathic abilities - in Stranger Things.

The assumptions started when the rumored boyfriend and girlfriend met on the set through their work in 2015 and now are inseparable.

From attending red carpet events to performing the viral "#InMyFeelings" challenge, Noah and his co-star have all the making of Hollywood's most adorable couple.

But the stars are best of friends and have not tagged their relationship as boyfriend and girlfriend. 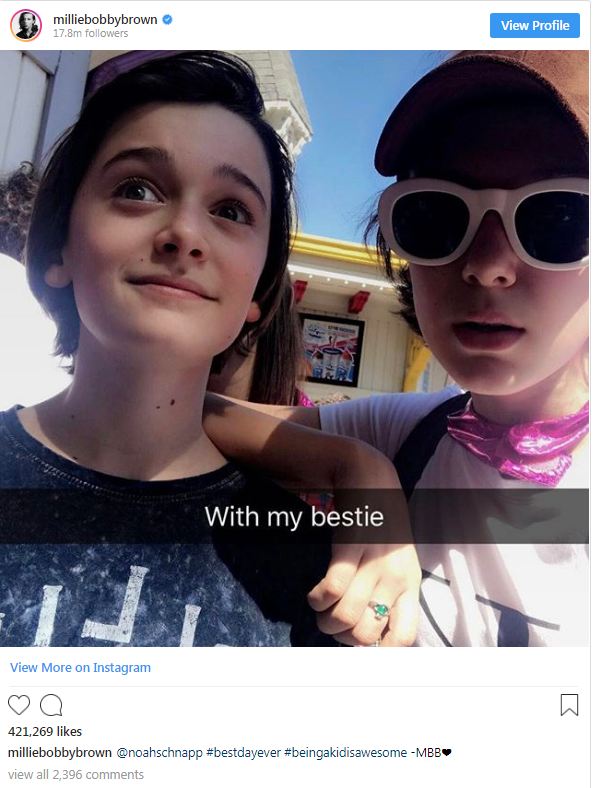 Given Noah and Millie's presence on each other's Instagram, it's understandable how it is easier for people to mistake their budding friendship for a brewing romance.

Adding to their amazing friendship, Noah and his co-star Brown appeared on MTV News to promote their new season of Stranger Things.

In the said interview, Millie stated,

“We said if we’re not married by 40, we’ll get married together,” Brown began, adding it's because the pair of friends would “be good roomies.”

To which Schnapp agreed, saying,

“No kids, though, cause I could not deal with a child of yours.”

The famous stars are sure to be together forever, and we cannot wait to witness every moment of this beautiful friendship.

Talking about the star's dating life, there are always questions about his "ex-girlfriends and ideal type."

If we were to answer these questions, the star actor has not come forward with any details regarding his type or previous relationships.

Moving on to the star's well-known career and childhood,

Schnapp's Net Worth and More

Speaking about the star's rising career, one that has seen new heights & has also amassed a reported net worth of $3 million, according to Celebrity Net Worth.

The child star, at the age of 14, was reportedly paid $10,000/episode for all of season 1 of the hit Netflix teen series.

The immense popularity of its debut season meant Noah secured the $30,000/episode deal for the sophomore season.

According to reports, the Bridge of Spies actor will pocket $250,000/episode for his excursions in the show's third offering.

Which has been correct.

However, now at the age of 17, his newfound wealth has done very little to deter his childhood amusements, as revealed by his 2018 Who interview.

Nor has it affected his relationship with his "fraternal twin" sister Chloe. As long as Noah remains as humble and good-natured as he's today, there's no doubt he'll replicate his predecessors' success or even surpass them.

Wishing all the best to the star,

Stay reading and look out for more updates regarding the star's upcoming career and future endeavors.