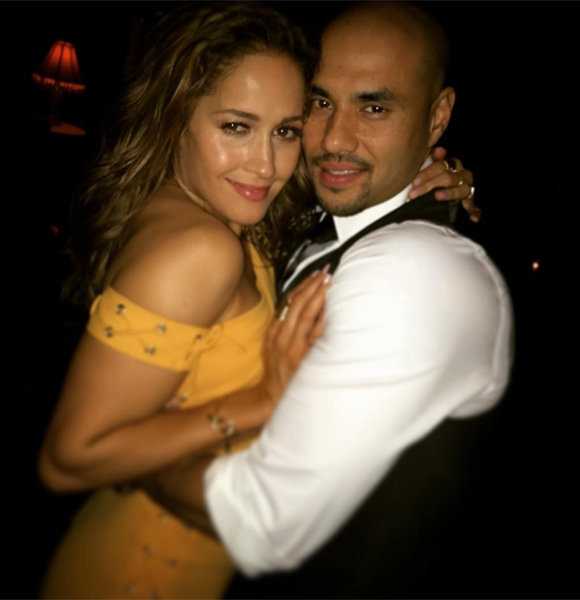 Constanze Mozart once said, “Dancing is like dreaming with your feet.” Well, Jaina Lee Ortiz, an American actress, and the dancer would agree to that, for she started dancing as a hobby and later turned it into a profession which ultimately led her to her dream of becoming an actress.

While most people get lost in the transaction of turning their passion and dream into a reality, Jaina Lee Ortiz had us believe otherwise. If you are curious about her journey from dancer to actor, then we have you covered in this short bio of hers.

The 5 feet 5 inches tall actress was the only child of the first-generation Puerto Rican parents; Daisey Acevedo and Joe Ortiz. She was born as Jessica Ortiz on 20 November 1986 in Fort Ord, California, USA

By the age of 9, Jaina was attending Salsa dance classes. Her passion for dance led the hobby to turn into her profession, and by 15, she was teaching the craft. Although Jaina was remarkable when it came to dancing, she was always drawn towards acting.

The dancer did not let her dream of acting go in vain. She embarked her idea of acting at the age of 16 by appearing in some student movies. To revamp her acting skills, she started training at Maggie Flanigan Studios, specializing in the Meisner technique for two years.

After that, she landed in California where she was cast in the VH1 reality show, Scream Queens 2. She was able to draw enough spotlight towards her through the show and became the face of several commercials.

After applaudable hard work and determination, the aspiring actress was able to bag herself a lead role in the series Rosewood by 2015. Being the daughter of a retired Homicide First Grade Detective in New York City, the role of detective Annalise Villa on Rosewood was very easy for Jaina to relate to.

"At the very end of my audition, I mentioned to the producers and the writers that oh, by the way, my dad’s a homicide detective," she said, "so I felt like that was a little cheat sheet going in."

However, the show got canceled after making it to season 2 in 2017, and Jaina had a pleasant thought on that matter.

“Today is a special day. Today I say goodbye to my very first show, Rosewood. I say goodbye to Detective Annalise Villa. Damn, I’m gonna miss that woman.To my partner in crime/the guy who mentored me and showed me the ropes on set. The beautiful Morris Chestnut, and when I say beautiful, I mean his HEART, his SOUL. He is the most selfless person I think I’ve ever met.”

Though the show only lasted two seasons, Jania was able to gain a considerable number of fans based on the show. Her fans often tweeted praising her performance. The fans did not only admire her but also had a whimsical way of getting her to reveal her dating status.

Well, the pretty Latina is not single; she is in a stable relationship.

Jaina met her beau Bradley Marques back in 2009. Such intense was their connection that she turned her boyfriend into husband in just two months on 2nd January 2010. Besides the romance part, the duo got hitched quickly as the Station 19 star needed the health insurance.

Even after nine long years, the pair are still together and so much in love. Jaina keeps posting about their funny banter on sports. The couple, both husband and wife, are basketball fans. But, they support different teams Golden State Warrior and Cleveland Cavaliers respectively.

Thus, a housing dilemma occurred in the TV actor's house which she shared on Twitter during NBA finals 2018.

Besides, Bradley takes pictures when his wife is sleeping and makes meme comparing her to cartoon characters.

Indeed laughing at one another is the key to success to their long marriage. Bradley is a proud husband as he stood by her all these years. His wife is now the face of ABC’s Station 19, a rare feat for an actor belonging to Latino ethnicity.

Due to her path-breaking role, Jaina, age 32, has managed to accumulate an estimated net worth of $300K. It is just the beginning; maybe she will land a significant role in big-budget movies next.