Jake Fromm Dating Status Now, Who Is His Girlfriend?

By LRU Writer | On: December 02, 2019
American football quarterback, Jake Fromm is known for his spectacular performance in...Jake Fromm is dating a former volleyball player...The football player made his relationship official with his girlfriend...Caroline Ostman is from Acworth; Georgia. She went to Harrison High school and was a student-athlete... 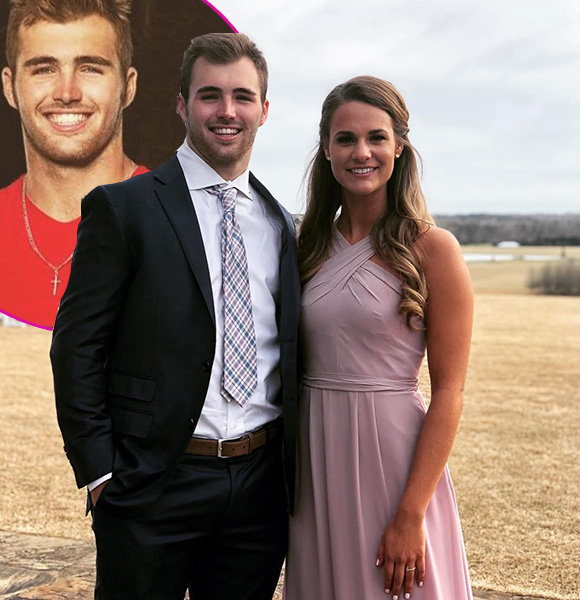 American football quarterback, Jake Fromm is known for his spectacular performance in the field. During his senior year of high school, Jake completed 63.7 percent of his passes for 3,910 yards and 21 touchdowns with ten interceptions.

In addition to his excellent gameplay, Jake is also blessed with good looks.

His Hollywood looks combined with his terrific gameplay enabled him to feature in a web series called QB1-Beyond the Lights, which came out in 2017. Interestingly, Peter Berg directed the documentary series.

Read on to know more about this talented athlete who has achieved success at such a young age. The football player made his relationship official with his girlfriend, Caroline, through an Instagrammed picture of them posing together in October 2018.

Since then, the pair has been going on strong; they celebrated their relationship anniversary on the 17th of September, 2019.

Caroline Ostman is from Acworth, Georgia. She went to Harrison High school and was a student-athlete at the University of Georgia, just like Jake. Caroline used to play volleyball as an outside hitter. In 2017, she had a knee injury, which made her miss her junior season.

Talking about her education, she is a graduate in Finance.

The football player was born to Emerson Fromm and Lee Fromm on 30 July 1998, in the United States.

Jake's mom and dad have been married for 24 years. His mom is a nurse at the Coliseum Medical Centre in Macon, Georgia. Moreover, Jake's parents have their own family pool business, which was initially established by Jake’s maternal grandfather, Bill Haskins.

Many might not be aware that Jake's mother used to play basketball, track, and softball in her college days. Maybe he got those genes of sports in him from her.

Well, the football player is not the only child of his talented mother. Well, he the oldest of his siblings, two younger twin brothers named Dylan and Tyler Fromm. They followed their older brother's footsteps; they play excellent football already.

You May Also Like:- Mason Rudolph Dating, Family, College

The twins are set to make their names in the football world. As of now, Dylan Fromm plays as a quarterback for Mercer Bears while Tyler Fromm plays for Auburn Tigers.