By LRU Writer | On: May 14, 2021
If you are a fan of a reboot of an 80’s popular soap opera, Dynasty...Movie actor James Wilson was...also a familiar face in television, playing...records on James’s relationships, and if he is married...his partner is...the on-screen role often does not speak about a... 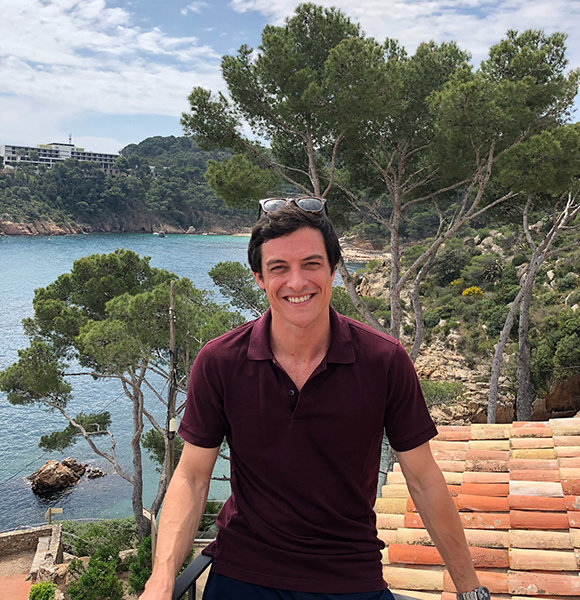 On January 7, 2020, Dynasty Season 4 was premiered in the US via CW  on May 7, 2021. One of the best characters of the series, Steven Carrington (portrayed by James Wilson Mackay), was still nowhere to be seen in the series.

In an Instagram post on May 24, 2019, Dynasty head writer Paula Sabbaga mentioned that Season 2 was now wrapping up, and Steven's purpose for the show was finished for now. However, she did mention that he will be returning in Season 4, but it didn't happen.

Further, Mackay also mentioned that he wouldn't be returning to the show via an Instagram post on November 9, 2018. The caption read-

All new #Dynasty tonight, but, yep, sorry to say without yours truly. While Steven had a choice to leave, unfortunately, I didn’t. There’s a lot of decisions involved in making television, and sometimes they just don’t go your way and you have to live with it. So for now, all love and on we go. Hope you all enjoy the show. J xx

Thus, it seems that Mckay is unlikely to return to the show in the near future. Besides, his character won the People’s Choice Awards for the Revival Show of 2018.

Movie actor James Wilson was born on 20th July 1984 in Australia. He started acting in school plays in Sydney before training as an actor at the Western Australian Academy of Performing Arts, located in Perth, Australia.

Another Stage Actor You Should Know:- Ari Millen, Married to Animal Lover Wife, is a Proud Father

Further, his feature film debut, Don’t Be Afraid of the Dark, gave him notable recognition in 2009 as he played the librarian's role. He was also the recipient of the fifth annual Australians in Film Heath Ledger Scholarship in 2013.

Besides, the Australian actor is also a familiar face on television, playing Bernard in The Leftovers and Lance in Love Child in 2017, Maddox in Pirates of the Caribbean: Dead Men Tell No Tales and his famous role of Steven in Dynasty.

Is James Gay? Partner Or Spouse?

There are no records on James’s relationships and if he is a married man. Any information regarding his spouse, dating history, or his partner is hidden beneath a secret stone.

One Of The Most Eligible Bachelor In Hollywood:- A Short Glance On Tobias Menzies' Personal Life

However, due to his gay character in one TV series, Dynasty, many of his fans have suspected his sexual orientation. However, he has not spoken about his off-screen sexuality and dating life. Thus, much of James' dating life is still a mystery to many.