Impractical Jokers' James Murray Got Married; Why Is The Highlight - Not Wife

By LRU Writer | On: December 10, 2017
Impractical Jokers' James Murray Got Married; Why Is The Highlight - Not Wife If you are a fan of the 'TruTV' comedy series 'Impractical Jokers,' then the team must have made you laugh out loud often. The group of funny men has gone too far to entertain people and the marriage of one of the team members James Murray grabbed the attention. But this time the highlight of the marriage wasn't only the bride or the groom, it was something else. 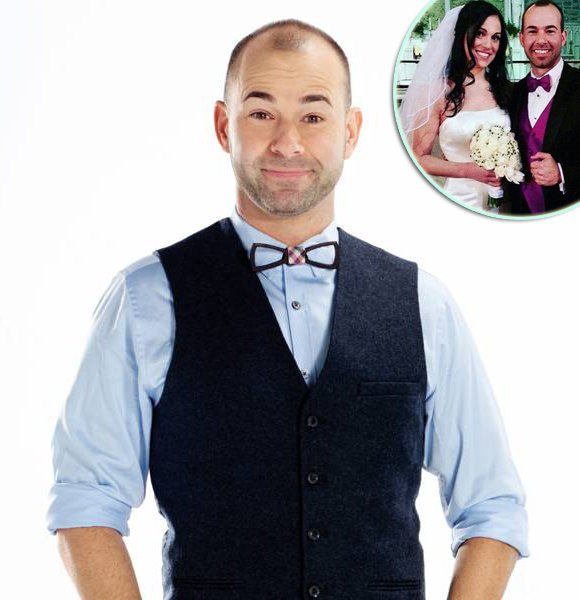 If you watch the 'TruTV' comedy series 'Impractical Jokers,' then the team must have made you laugh out loud.

The group of funny men has gone too far to entertain people and the marriage of one of the team members, James Murray has recently grabbed the attention. But this time the highlight of the marriage wasn't only the bride or the groom, it was something else.

So if you are wondering what we are we talking about, then get ready as we will take you to the wedding, which is one of it's kind!

James Murray Had The Marriage of the Century!

'Impractical Jokers' has always made the fans roll on the floor out of laughter, and the stunt shown in the show was exactly why they are called 'Impractical.' The comedy group consists of funny men James Murray, Sal Vulcano, Mike Boccio and Joe Gatto, and the team has done many pranks that are pretty hard to take.

One of those pranks was played on Sal, when he had to witness his groupmate and friend, James getting married to his sister Jenna Vulcano as a punishment.

Caption: Impractical Jokers - The Wedding Of The Century (Punishment). (Published on Oct 31, 2014.)

During a hilarious episode back in 2014, the four of them gather together and then, as a part of the punishment, Sal was tied on a hand-truck with a blindfold leaving Sal clueless about what was going to happen.

James and the other team members gathered in the church and explained the purpose of the wedding to the guest in the church, which included Sal's parent too. A man brought blindfolded and strapped Sal to the church, and when he removed his blindfold, the visuals shocked him.

Sal witnesses his sister Jenna walking down the aisle as a bride in a wedding dress to get married to James.

That is when Sal started laughing and confirming if the arrangement was a joke and part of his punishment. The situation got hilarious when the duo shared a video clip consisting of few romantic moment of their relationship and most importantly, signing the application for marriage in the Office of the City Clerk.

Further, the duo exchanged wedding vows and kissed each other and officially became husband and wife. The infuriated Sal tried to interrupt to show objection to the wedding, but his mouth was taped!

Spare a thought for Sal Vulcano who is not married himself but had to watch such a punishment transpire in front of him.

But what was most interesting about the punishment and the marriage was that the two annulled their marriage one day later and Murray mentioned about the sweet revenge via Twitter in October 2014 as,

American personality James Murray is famous for his television series 'Impractical Jockers since 2011 and the New York comedy troupe 'The Tenderloins.' Moreover, he has produced, directed and edited Subway 2002 and has even directed, produced and wrote Suoerdude & Friend 2005.

Additionally, he directed, produced and even acted in Standups in Love in 2007. With his passion for his craft, he has, till date, accumulated a net worth of $1 Million.