By LRU Writer | On: January 28, 2020
James Reid is a Filipino-Australian actor...was dating Ericka Villongco till March 2014...then he was in a relationship with girlfriend Nadine Lustre from 2016...split up with Nadine in January 2020...his ethnicity is Filipino-Australian...Australian nationality...family consists of seven siblings...stands at a height of 5 feet 7 inches (1.7 meters)...at the age of... 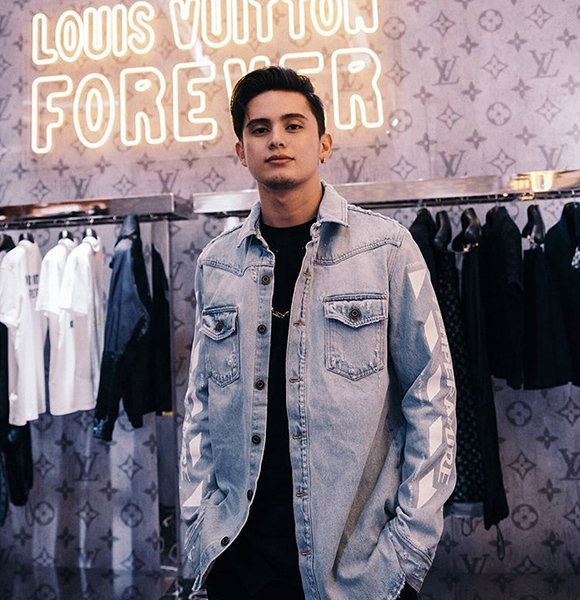 James Reid rose to fame after his portrayal of Clark Medina in the TV series, On the Wings of Love. He appeared in 145 episodes of this show from 2015 to 2016.

Apart from acting, James is also a singer. He has five credits in the soundtrack department. He performed songs in the movie, This Time, in 2016, and an episode of the TV series, Maalaala mo kaya, in 2011.

James was in a relationship with singer and actress Ericka Villongco for more than three years. But, the ex-couple broke up in March 2014.

James then moved on to date another actress, Nadine Lustre. They first met on the set while filming the movie, Diary of an Ugly, in 2013.

However, it took them two years to finally start dating each other. They made their relationship official on the 20th of February 2016 at their JaDine in Love concert. James also said that he asked Nadine’s father before proceeding to date her.

The couple even moved in together in March 2019. Their relationship lasted till January 2020 when James finally split up with his then-girlfriend.

On the 20th of January 2020, the former couple confirmed that they had broken up. They also said that there was no specific reason for the split, and they had mutually decided to lead separate lives and focus on themselves.

Just around the time when James and Nadine were going through their break up, some videos surfaced, showcasing James getting close to Issa Pressman. This prompted people to speculate that Issa could be the reason that James broke up with Nadine.

However, James later cleared the air on this issue. He wrote a comment underneath Yassi Pressman, Issa’s sister’s Instagram post apologizing for the sisters getting involved in his and Nadine’s split.

He has seven siblings: Andrew, Robie, Tom, Jack, Jenny, and Lauren from his mother’s side, and Chantal Calicdan, a sister from his stepmother, Marcela Calicdan’s side.