By LRU Writer | On: March 08, 2019
The world noticed Nico Santos when he burst into the TV screens playing Mateo in NBC’s hit series Superstore. As if his admirers needed any more reasons to love the American-Filipino actor, he played Oliver- a rich gay guy- basically the fairy godmother to the lead Rachel-played by Constance Wu-in Crazy Rich Asians.His Bio And Coming Out As Gay... 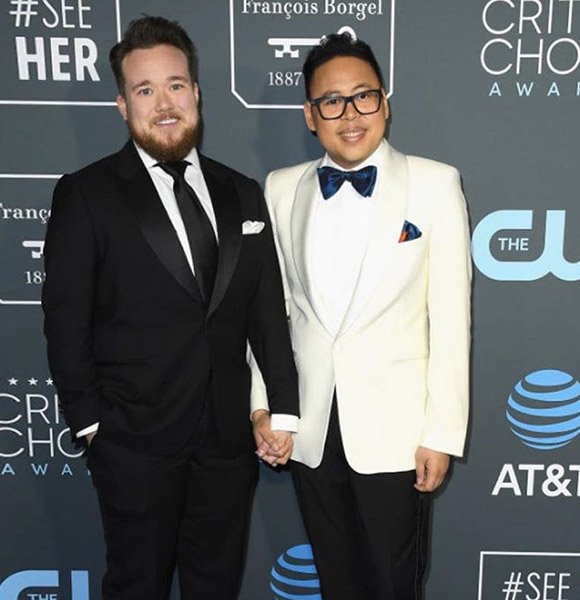 The world noticed Nico Santos when he burst into the TV screens playing Mateo in NBC’s hit series Superstore. As if his admirers needed any more reasons to love the American-Filipino actor, he played Oliver - a rich gay guy- basically the fairy godmother in Crazy Rich Asians.

Bio With Coming Out As Gay Story

Nico was born in Manila, the Philippines to his loving parents. He migrated to the United States with his family at the age of 16. A Young Nico started residing in Gresham, Oregon and attending Gresham's Centennial High School.

An inspiration to many gay and Asian minorities in the world, he came out as gay in his high-school. Nico was lucky in the regard that his parent; stepdad and mom were supportive of his sexuality.

Thus with their support, he chased his passion and joined Southern Oregon University with a   major in Acting.

But, his professor felt Nico wasn’t good enough in acting. So, he suggested him to change his major. Taking his professor’s advice, the actor of American-Filipino ethnicity switched his major to the costume department.

Well, he did love his job as a costume designer at the Oregon Shakespeare Festival, but his colleagues there suggested him to try to stand up comedy after recognizing his talent.

Guess what? He took their advice and moved to San Francisco. His stand-up career took off, and soon enough he started playing at every major nightclub.

After his major success in San Francisco, he was planning his next move. Channeling massive belief in himself, he took $200 in his bank account and made his move to Los Angeles.

Although he continued his stand up there, he wanted to act, and in search of work, he lived on other people’s couches for years. Finally, he started booking minor roles in shows like Go-Go Boy and Chelsea Lately.

Finally, he booked the role in NBC’s hit series Superstore and became known as one of the sought after actor of color. Today, his net worth has reached a great height as he is in every director’s list, who want to cast an Asian-American actor.

Along with a successful professional life, gay Nico enjoys a lovely personal life. His boyfriend is Survivor transgender star, Zeke Smith. Nico and his reality star boyfriend went public with their romance on 10th June 2018.

It is not clear how the pair met, but they aren’t shy to flaunt their relationship on Instagram. Nico even took his boo to Elton John’s Oscar party in 2019. Well, the love birds are going stronger than ever as the actor of age 25 mentioned about an engagement. But, the couple isn’t engaged just yet. However, they are undoubtedly enjoying each other’s company to the fullest.