By LRU Writer | On: April 26, 2018
American actor James Roday had dated his co-actress, Maggie Lawson and shared memories together. However, James' relationship went for a different turn as he split from his longtime girlfriend.So, has he recovered from his past break up and found solace in the arms of another woman? 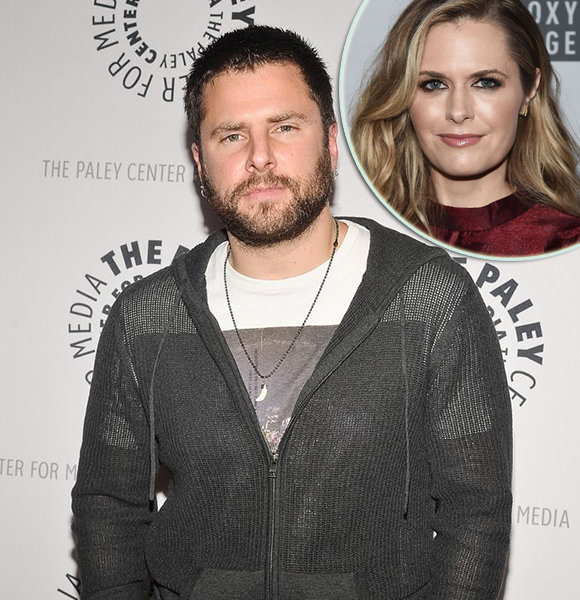 Some relationships are not meant to last forever!

American actor James Roday is one of those who learned it the hard way. James dated his co-actress, Maggie Lawson and shared memories together. However, James' relationship went for a different turn, and he split from his longtime girlfriend.

So, has he recovered from his past break up and found solace in the arms of another woman?

Let us discover the answer exploring James’ current status along with his past dating history!

Separated With Girlfriend: But Married Her On-Screen The couple blossomed their love during the eighth season of the show, Psych. In August of 2011, they also bought an eco-friendly Los Feliz house in Los Angeles, which suggested the lovebirds shared a live-in relationship.

Like many, the couple also shared ups and downs in their relationship, but a different fate waited for the couple. After seven years of dating, James and Maggie split up suddenly without revealing the split's cause.

But things got more interesting when the parted lovers were reunited in 2017 for the television comedy film Psych: The Movie. The duo also got married on-screen, which was a treat for many fans.

However, it was too late to come true in real life as the duo had already separated their ways.

Moving On From Breakup

Since the split, James seems focused on his career and has been performing different roles in various movies.

He played the lead role of Dan Schauble in the film, Pushing Dead (2016) and appeared as Marty in Gravy. Further, he also acted in some TV movies like Nerd Herd and Good Session.

As for dating, James seems to be enjoying singlehood as he remains fairly silent regarding his dating status and his social media is also of no help in the matter.

James' girlfriend, however, dated her Back in the Game co-actor Ben Koldyke after the split. She also got married to him on 8 August 2015 on Ben's family ranch in New Mexico. Unfortunately, Maggie's marriage was short-lived lasting less than two years.

As of now, both James and Maggie are supposedly single, which also bring the possibility of reuniting again by fixing their broken relationship. What do you think?