By LRU Writer | On: September 22, 2019
James Rodriguez, It wasn’t long ago he suffered from a heavy stutter as a boy before James Rodriguez began his professional career with Envigado in 2007...Soon after, the champion made it to the Colombian national team in 2011 and won the LPFP Award for Breakthrough Player of the season... 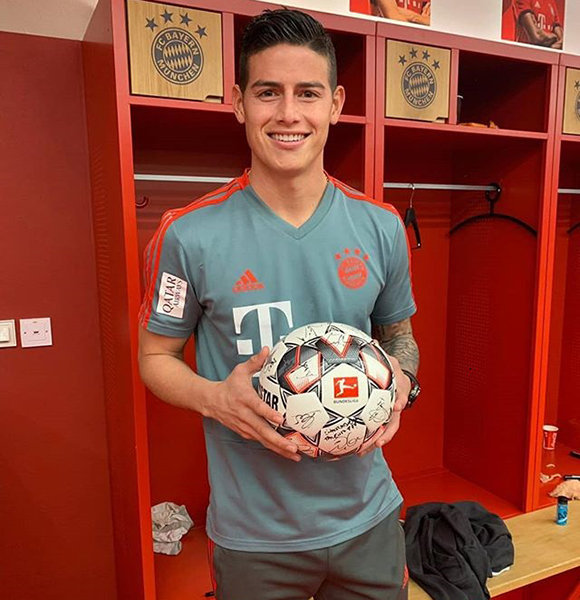 At only 16 years old, James Rodriguez began his professional career with Envigado in 2007. Soon after, the champion made it to the Colombian national team in 2011 and won the LPFP Award for Breakthrough Player of the season.

Further, the Colombian attacking midfielder and winger won the Golden Boot Award at the 2014 World Cup; scoring six goals. He then joined the prestigious club Bayern Munich in 2017 on loan from Real Madrid. As of 2019, he plays for Real Madrid.

Born to Wilson James Rodriguez Bedoya and Maria Del Pilar Rubio, he fulfilled the long-time dream of his father of becoming a sucessful sportsman. Who could better train the young sports enthusiast than his former footballer father? No wonder he turned professional by the age of 16. But, he had to drop out of high school to pursue the sport fulltime.

The 28-year-old star was raised alongside his sister Juana Valentina. Juana is an aspiring model who has worked for professional photographer Javier Ortega.

James Rodriguez married volleyball player Daniela Ospina on 24th December 2010, in Medellín, Colombia. Daniela was only 18 when she tied the knot with the footballer. Eager to start a family together, the pair became parents to their first child, Salomé on 29 March 2013. The little human, like her parents, began making a name for herself very early in life as she appeared as a child model in EPK, for children's clothing.

Sadly, Salomé's parents separated after six years of togetherness in 2016.

Post the divorce, James, and his wife continue to co-parent their child and take care of her growth and education.

You May Also Like:- Jaelene Hinkle Ethnicity, Parents, Boyfriend

He happened to be introduced to a Russian model, Helga Lovekaty at a party by his pal Cristiano Ronaldo. James and Helga appeared flirting at each other's Instagram posts, and the model even cheered for her man at the 2018 World Cup held in Russia.

However, the pair are yet to acknowledge their relationship. As of 2019, James and his alleged girlfriend's relationship status is unclear.