Janel Moloney Married Status Now, Who Is Her Husband?

By LRU Writer | On: December 31, 2019
American actress Janel Moloney is a popular face on TV. She shot to fame as Donna Moss...Janel Moloney is married to Marcelo Zarvos since 5 January 2010. The pair choose...Janel was born and brought up in Woodland Hills, California. She is the youngest child...Janel started her showbiz career with the TV show... 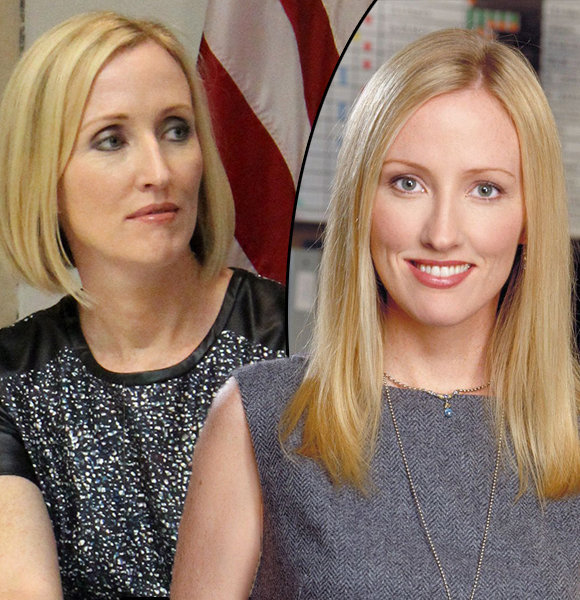 In 2020, she is set to appear as Sally Morrison in the upcoming TV show, The Undoing.

Janel Moloney is married to Marcelo Zarvos since 5 January 2010. The pair choose to keep their marital life a low-key affair. Marcelo Zarvos is a Brazilian pianist and composer. The São Paulo native is known for his work in movies namely Enough Said (2013), Fences (2016) and Wonder (2017).

Janel was born and brought up in Woodland Hills, California. She is the youngest child of parents Judy Moloney (mother) and John Moloney (father). Her older siblings are Lance Moloney, Meegan Moloney, and Carey Moloney. Carey is Janel’s twin who is just eight-minute older than the actress.

Many might not be aware that actress Christine Ebersole is Janel’s aunt. The actress duo also acted together in 'Til There Was You (1997) as Beebee. Janel played the younger part of the character where Christine played the older part.

To date, she has over 40 acting credits; thus, it is no surprise Janel boasts a net worth of $10 million.

Facts On Janel Moloney Including Age

American Actress The West Wing The Undoing Marcelo Zarvos To Save a Child Due South Bakersfield P.D.