By LRU Writer | On: November 10, 2019
Jason Earles is someone who fits into many introductions...is a happily married man... dated for...Previously, he was married to...split in... the reason for their separation...Born on...roles in movies and TV shows like...often confused when it comes to his age... net worth of...recently, appeared in a new comedy series... 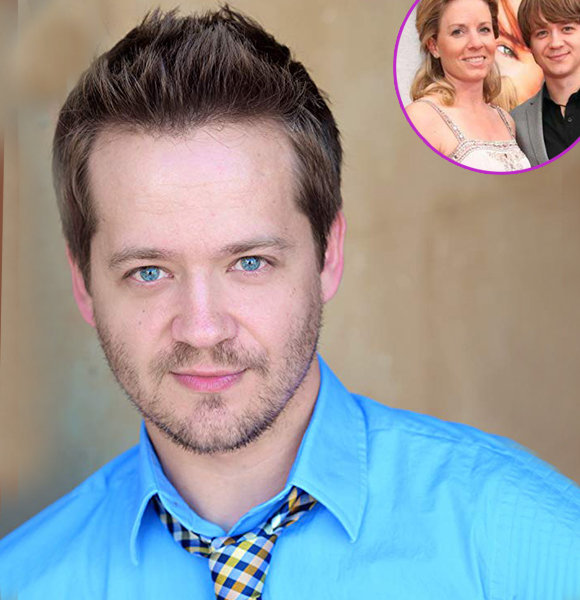 American actor Jason Earles is someone who fits into many introductions. Apart from being an actor, he is also a director, comedian, and surprisingly a martial artist.

Best recognized for his role as Jackson Stewart - Hannah Montana's (portrayed by Miley Cyrus) brother in Disney's hit musical comedy Hannah Montana. Jason was also was nominated for a Teen Choice Award in 2009 for Hannah Montana: The Movie.

Who is Jason Earles Wife?

The actor tied the marital knot to his girlfriend turned fiancee Katie Drysen on 13 August 2017. Their wedding ceremony held in Garland hotel in Toluca Lake, California, was absolutely dreamy. The couple chose to write their wedding vows and awed everyone with their sweet words. Further, their wedding was even better because of the star-studded guest list that included many of Jason's Disney co-stars.

Before getting married, Jason and Katie dated for two years and made it official with an engagement in November 2016.

As of now, the duo, who often showcase their love on their social media, seem to be very happy in his married life with their two pet cats - Donut and Zeke.

Well, Katie is not the only woman in Jason's life. Previously, he was married to Jennifer Earles.

Jason and Jennifer were college sweethearts who met at Rocky Mountain College. After dating for a few years, the couple got married in 2002. They also have a daughter together, named Noah Earles. But, the couple split in 2012, and their divorce was finalized in 2013.

More on Jason's Ex-wife:- Jennifer Earles Ended 11 Year of Married Life With Husband: Jason Found a New Love, What About Her?

Although the terms & reason for their separation and divorce settlement was also not mentioned publicly, the custody of their daughter remained with Jennifer.

Born on 26 April 1977, Jason was bitten by the acting bug at a very young age. As the middle one of his parent's five children, Jason always thrived for attention. As a third-grader, he played Hansel in the school play and fell in love with acting ever since.

After completing high school, he toured with various theatre companies as an artist. In 2003, he got his first screen debut in The Shield. After that, the actor had minor roles in movies and TV shows like Breakpoint, Malcolm in the Middle, American Pie Presents: Band Camp, and Phil of the Future. However, his breakthrough came in 2006 from Hannah Montana.

You May Be Interested:- Bill Hader Wife, Divorce, Kids, Net Worth

Interestingly, when Jason started portraying the role of 16-year-old Jackson in Hannah Montana, he was 29 years old. The actor of 5 feet 6¼ inches (1.68 m) height is often confused when it comes to his age because of his medical condition Kallmann Syndrome, due to which his body does not make enough amounts of growth hormones.

Despite his medical condition, Jason has had a successful career for himself. During his career, he has amassed an approximate net worth of  $8 million.

Most recently, Jason has appeared in a new comedy series - Mood Swings, which premiered on 24 October on Pure Flix.