By LRU Writer | On: January 06, 2020
A popular platform, SNL is known to be the starting point of many...One quite famous name in the industry is of Bill Hader. Mostly known through...Together during their period as husband and wife, they welcomed...The divorced settlement included...On a professional note, the son of...Among his most notable accomplishments, he has a total of... 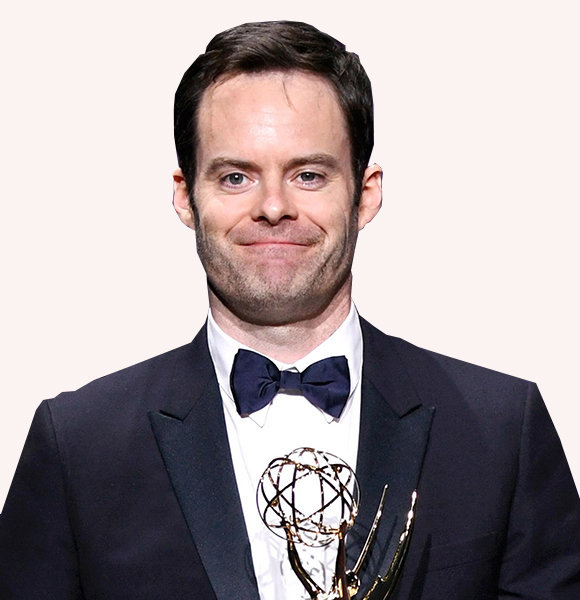 In the realm of comedic nuances and jocular projects, not many can claim the popularity as much as Saturday Night Live. A popular platform, SNL is known to be the starting point for many of the comedic artists of the 21st century.

One quite famous name in the industry is of Bill Hader. Mostly known through SNL, Bill is a master in the comedic world. With humorous lines and a fantastic way to deliver it, Bill shows real dedication and hard work on his projects.

As of 2019, Bill is a reputed actor with more than 105 acting credits, his works in The Skeleton Twins, Inside Out, Trainwreck, Barry, and Superbad have helped Bill reach the heights of his career.

Sadly not all things can be rainbows and butterflies. While Bill has moved way on beyond in the course of his career as an actor, his personal life has taken a plunge. An 11-year long marriage and it all came to an abrupting end on 23 June 2018. Bill was the one who filed for divorce, citing irreconcilable differences on 31 July 2017, and it was settled in early 2018. The divorced settlement included child support, child custody, visitation, spousal support, property division, and attorney costs.

In 2019, Bill remained a single man with no new love in his life, unmarried, officially divorced.

Sadly, the split was a hard one on the comedian-actor. With a busy professional life, it was hard enough for Bill to meet his kids, and the actor felt quite the blow during the writing and acting work on his hit series, Barry.

For now, his only focus seems to be the upbringing of his three daughters, and he is ready to commit.

Bill has found love again in his life.

The Trainwreck actor had been sparking dating rumors with actress Rachel Bilson for quite some.

The two were first linked together when they were spotted getting coffee together at a coffee house in Bill's hometown Tulsa, Oklahoma on 22nd December 2019.

And finally, on 5th January 2020, Bill has officially confirmed his relationship with the American Heist actress Rachel Bilson at the red carpet of Golden Globes.

On the award show, where Bill was nominated for the best actor in a television series, musical or comedy for his role in Barry, he appeared holding hands with the American Heist actress. Bill Hader with his new girlfriend Rachel Bilson at the red carpet of Golden Globes in 2020 (Photo: dailymail.co.uk)

The SNL actor and Rachel are well acquainted with each other for a long time.

They starred together in the 2013 comedy movie, The To-Do List, directed by none other than Bill's ex-wife, Maggie Carey.

On a professional note, the son of William Thomas Hader and Sherri Renee has made headlines not only for his work in comedy projects but also in other genres. Bill's latest success with IT 2 is all the proof one could need that he is a versatile actor.

With his career path as a comedian, actor, and writer, Bill - height 6 feet 1 inch (1.85 m) - amasses a fortune worth $12 million. The number comes as no surprise as, throughout his career, he has been the recipient of many awards and nominations.

Among his most notable accomplishments, he has a total of 15 wins and 48 other nominations with one Golden Globe in his bag. Now, at the age of 41, he works towards perfecting his craft.