By LRU Writer | On: January 30, 2019
The Los Angeles native, age 38, and his wife-to-be are now proud parents to a baby daughter. However, it was the engaged duo who first broke the news to the public... The news of the smitten welcoming their first child together comes less than a year after they publically acknowledged their engagement... 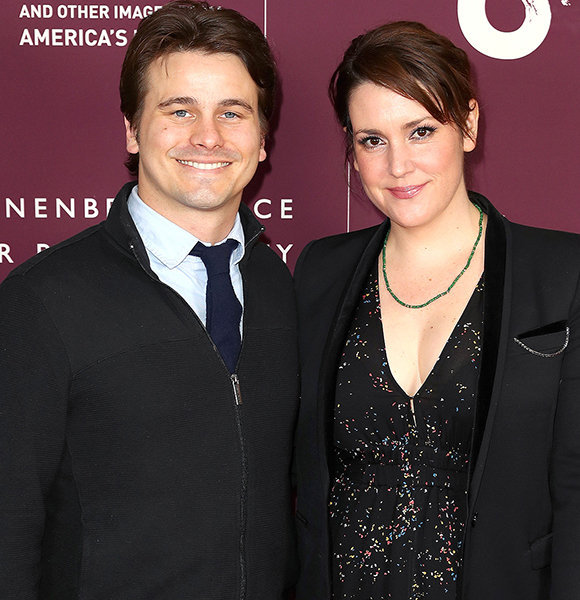 The Los Angeles native, age 38, and his wife-to-be are now proud parents to a baby daughter. The news of the smitten welcoming their first child together comes less than a year after they publically acknowledged their engagement.

However, it was not the engaged duo, who first broke the news to the public.

Safe to say that Jason and his fiancee, Melaine Lynskey aren't the ones to air out every little achievement. Case in point: They are yet to comment on their daughter's birth.

Questions as to the name and the date of birth of the baby remains a family affair. But going by the Instagram post from Jason's industry Pal Neema Barnette on 19th December 2019, the couple's bundle of joy couldn't have born much later than the day the post got uploaded. Jason Ritter's pal, Neema Barnette congratulates him and his wife-to-be on the birth of their baby (Photo:- Neema Barnette's Instagram)

At the time of the grand reveal, Neema congratulated them on their latest addition and even labeled both the Seamless actor & the newly-born a blessing. As expected, few people took notice of the post at first but began to gain traction later in late 2019 after a source confirmed the news in an interview with PEOPLE.

Although the new parents haven't publically acknowledged the birth of their only kid, they seemed eager as ever to hit the like button whenever fans put up pictures of them strolling in public with their baby on social media.

To the fans, the news of the pair welcoming a child into their lives was a delightful surprise, but a surprise nonetheless; especially considering how the Two And a Half Men actress was able to hide her pregnancy from the public for so long.

While Jason and his other half didn't necessarily update the fanatics with their pregnancy, they, however, didn't fail to open about their engagement.

How The New Parents' Got Engaged?; Net Worth & Height

That announcement too was a long overdue process; before the confirmation, keen fans took notice of the diamond ring on Melanie Lynskey's hand.

Talking to Hollywood Today Live in February 2017, the New Zealand-born actress revealed that she and Jason - who stands at the height of five foot and nine inches (175 cm) - got engaged after four years of dating. At the time, she said:-

According to her, the Raising Dion actor - who possesses a reported net worth of more than $6 million - had popped the question "on the sofa." Admittedly, she found the proposal "cute."

If the engaged couple does walk down the aisle, it would be Jason's fiance's second time. Between 2007 to 2014, Melanie was in a marital relationship with Jimmi Simpson.