By LRU Writer | On: May 07, 2019
A monk-turned-lifestyle guru, Jay Shetty is a world-renowned motivational speaker who became an overnight sensation after his video titled Changing The World Begins With You went viral... A stroll through the Urban Monk founder's wiki to learn extensively about his background... 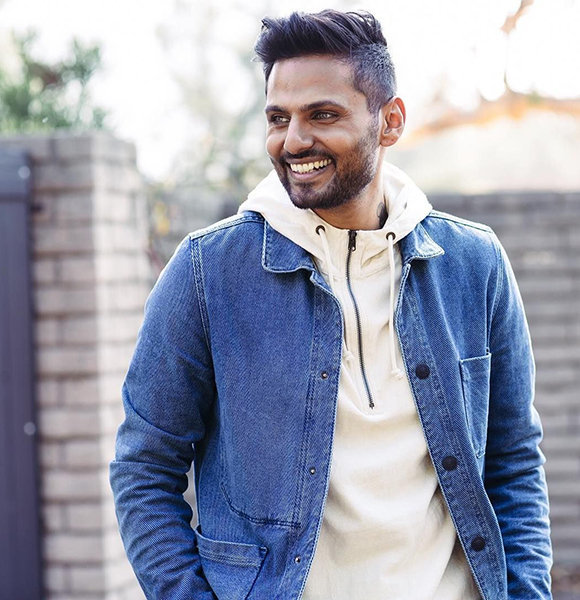 A monk-turned-lifestyle guru, Jay Shetty is a world-renowned motivational speaker. He became an overnight sensation after his video titled Changing The World Begins With You went viral.

Working for The Huffington Post under the moniker HuffPost Rise, he has acccumulated over 100 million views on YouTube. Russell Simmons, Tim Ferriss, and Deepak Chopra are few famous, who have appeared as his guests on the platform.

Now, employed as the CHASING GENIUS Council at National Geographic, Jay also landed a feature on Forbes 30 Under 30 Class of 2017. Before garnering worldwide fame, he had worked as a digital strategist.

Born in 1987, Jay is a native of London, England. A Virgo by birth sign, he celebrates his birthday on 7th December every calendar year.

He completed his high school education from Queen Elizabeth's Boys School in 2006. For his university degree though, he attended Cass Business School to study Behavioral science and later graduated in 2010 with honors.

After finishing his studies, Jay traveled across India and Europe for three years to experience the life of a monk. An eye-opening experience with a monk when he was 18 proved as the catalyst behind the decision.

Upon his return from the globe-trotting travels, then-25 years old Jay came as a changed man. His childhood trauma of being bullied and seeing two of his close friends dying right before his eyes were no longer weighing on him.

Throughout his soul-searching journey, his parents were the most supportive. They even housed him for nine months.

A British-Indian by ethnicity because of his family background, Jay holds British nationality.

Using his connection he had made during his business school days, Jay recieved offers to speak on stress-related issues for numerous companies. It eventually led him to land the remarkable gig as Accenture's Social Media coach in 2013.

Also between July 2012 and September 2013, he served as Urban Monk's CEO. After Accenture though, he worked as the "Head Coach" at the London based-firm Invisible Coaching.

Since July 2017 and January 2017, Jay has worked for National Geographic and Forbes respectively.

Though there isn't a final sum to pinpoint his seven-figure net worth, it's likely to rise - given his relentless work ethic.

Away from his professional milestones, Jay enjoys a precious relationship with his girlfriend-turned-wife, Roshni Devlukia Shetty. A Dietitian by trade, Roshni - like the motivational speaker - possesses an Indian lineage. Therefore, it would only be right that they get married in an Indian-styled wedding ceremony. And, that is what the duo did in 2016 when they tied the knot.

Before tying up the nuptials, Jay and his wife, Roshni enjoyed dating for an extended period since 2013.