By LRU Writer | On: October 09, 2018
Jeff Glor is a famous journalist who works for... he is currently the host of the widely popular programme... Jeff with his immense professional duties is involved in a....marriage with ... a father of ... jeff earns his reputation as a... 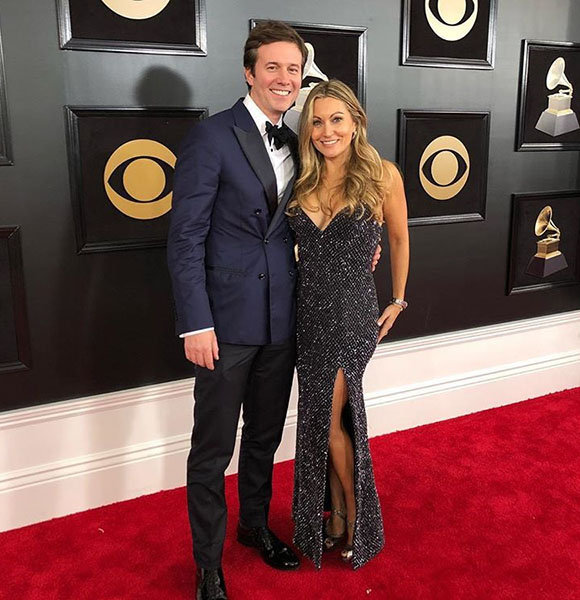 Anchor and managing editor of the CBS Evening News, Jeff Glor has been carrying broad shoulders for his responsibilities are too big to fill in. However, be it immense a responsible reporter or a loving husband and a proud father of two, Jeff has always been the top of his game.

Delivering the truth to the public via his stories, the CBS Evening News star has been doing all as an ultimate professional outsizing public personas to build his reputation as one of the most famous personalities in television.

And for off-camera, Jeff is a committed family man with humble backgrounds and is now achieving unprecedented heights in his industry.

At the age of 43, the Syracuse University graduate is taking both, journalism and family goals to a whole new level!

CBS Career, Salary, And Net Worth

Boyish, unlined face and toothy smile, Jeff was made only for television. Graduated with dual degrees in journalism and economics from Syracuse University in 1997, he kickstarted his career working as a weekend evening news anchor and a weekday reporter for WHDH-TV in Boston from 2003 to 2007.

Fellow CBS Reporter:- Maureen Maher Has Been Hiding Her Married Life and Husband! The CBS Reporter Has A Family

The 43-year-old first joined CBS news in 2007 as a New York correspondent and ever since his career has escalated to a whole new level with an Emmy award for a story he ran in CBS Morning Show.

The work ethics fit in Jeff is highlighted by his working career in CBS. As a ‘CBS Evening News’ anchor, Glor has traveled extensively to cover breaking stories as they happen. Risking his health, he has actively covered stories including the Parkland and Santa Fe school shootings, wildfires in Southern California, and deadly mudslides in Santa Barbara. Talking about his interviews with Hollywood reporter in 2018, the CBS star mentions,

“I always put pressure on myself in every interview do to the best possible job.”

A CBS veteran for ten years, appearing on just about every one of their news shows as a key utility player, the Tonawanda born star got his big breakthrough after bagging the role of anchorman in ‘CBS Evening News’ since 4th December 2017.

With a growing stature, reputation in the media world and extraordinary analytical skills continuously earns him a riveting salary to boost his fame. As per reports by Celebritynetworth, Jeff Glor’s net worth dwells above $3million in 2018.

Not Gay: Married Life With Wife; Reporting Before Birth Of Son

For the one who has covered various national and international stories, Jeff wrote a chapter of his married life with Nicole Glor, a former college cheerleader and now a fitness instructor.

First crossing paths with Nicole at Syracuse University during their college days, the Tonawanda, New York native has been married to his wife since 2003.

The couple currently resides in Connecticut with their two children, eight years old son Jack Thatcher Glor, and a 3-year-old daughter Victoria Channing Glor. Jeff is actively found posting pictures of his family on social media expressing his love and affection towards them. As big a family man as they come, Jeff has still had to make some sacrifices to properly juggle his personal and professional life. In what can be called the ultimate immolation, the now father of two, Jeff had to miss the birth of his son on 27 November 2009 because of his reporting duties.

You May Also Like:- Adrienne Bankert Bio: ABC News Reporter Married? Who's The Husband Then?

However, the reporter rectified this event, as he was right by his wife's side during the birth of their daughter on 18 June 2015. CBS News announced the arrival of the newborn and revealed that their daughter weighed 6 lbs and 1 oz.

As for now, success hasn't changed the fact that he remains a family man acknowledging the role of his parents, wife, and children in his life.