Jen Taylor Is Married And Has Husband – Muffled Relationship

By LRU Writer | On: February 21, 2018
Jen Taylor Is Married And Has Husband – Muffled Relationship. The American voice actress Jen Taylor is very tight-lipped when it comes to opening up about her life behind the screen. The actress does not prefer to be transparent regarding her personal life, but the subtle information she offers on her social media has enabled us to piece together her relationship status. 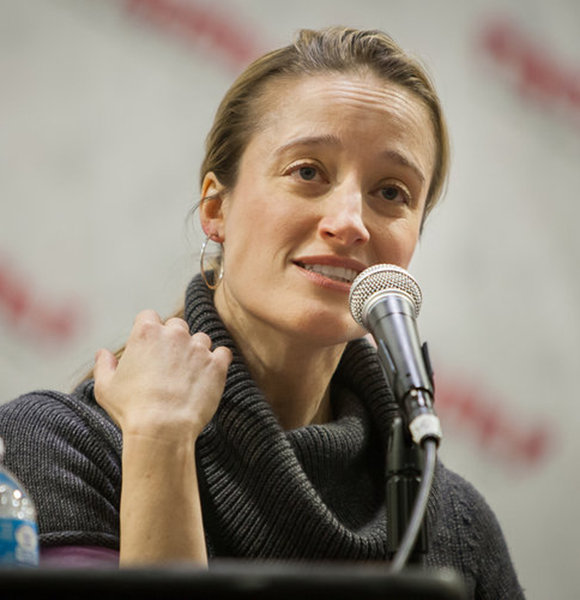 The American voice actress Jen Taylor is very tight-lipped when it comes to opening up about her life behind the screen. The actress does not prefer to be transparent regarding her personal life, but the subtle information she offers on her social media helps piece together her relationship status.

So, without further ado let's dig into the life of Jen to get you acquainted with her love life!

The beautiful actress Jen Taylor usually prefers privacy in her life, and her relationship gossips are not very audible. However, speculating her social media clarifies that the lady is not single. She is married and is living a blissful life with her husband.

Back in June 2013, Jen tweeted on her account "@jentaylortown" to reveal that she was getting married. She wrote,

I am getting married this summer and am now wondering which one of my friends will get this drunk.

After just a month, on 12 August 2013, Jen updated her followers with the news of the change in her relationship status.

Furthermore, in May 2014, Jen shared a moment on Twitter that showed how considerate her counterpart is. In the post, she wrote,

My husband is home cleaning the house and making cookies for a dinner gathering whilst I head to my show. I am still asleep, right?

Though Jen's marriage and status came to the spotlight, the identity of her husband hasn't surfaced the media yet. Moreover, there are no current updates about her linkage with her partner, and no news about her family is revealed either. Well, she would announce if she was expecting any babies, right?

Peeking at her career, the 44-year-old Jen first came to the limelight for her voice-over of Cortana in the 'Halo' games. Since the first launch of the game in 2001, Jen has lent her voice to the most loved super smart Cortana, an Artificial Intelligent guide for the game hero, Master Chief, in every series of the game.

During an interview with the New York Post on 15 November 2012, Jen revealed that her role as Cortana has helped her garner a lot of attention. She gushed:

Besides the 'Halo' games, Jen is also famous for her dubbings in the video games like 'Left 4 Dead,' '1 vs. 100,' 'Saw: The Video Game,' and the famous 'Mario.' Furthermore, her voice is also projected on the Microsoft's Windows smartphones as Cortana, an assistant for the users of the phone.

Apart from voice acting, Jen is also involved in the Seattle Children's Theatre production, where she performed plays like 'The House of Mirth' and 'The Afternoon of the Elves.'

Moreover, Jen also appeared in one of the episodes of the American drama series 'Leverage' with Aldis Hodge.