Who Is Jenna Coleman Boyfriend Now? Her Dating History

By LRU Writer | On: December 29, 2019
Jenna Coleman is a British actress best known for...portrayal of Queen Victoria...born on 27 April...dating Victoria co-star Tom...romantically involved with Prince Harry...graduated in 2008 with a Bachelor of Arts in Acting from...appeared in more than 10 TV productions and 500 episodes...net worth is reported to be... 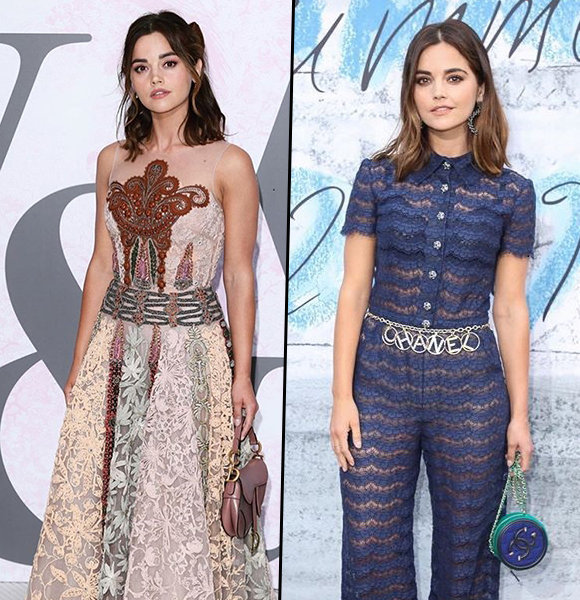 Jenna Coleman is a British actress best known for her portrayal of Queen Victoria in the ITV’s drama series Victoria (2016-2019). Having starred in multiple successful series such as Doctor Who (2012-2017) and Emmerdale (2005-2009), she has made a name for herself in the soap opera industry.

Read on to find out more about the beautiful TV star.

Jenna-Louise Coleman was born on 27 April 1986 in Blackpool, Lancashire. Her parents are Karen and Keith Coleman. She also has an older brother named Ben Coleman.

Over the span of her almost 15-year career, she has won the following awards.

Jenna is dating Victoria co-star Tom Hughes. The two have been an official couple since 2016. The romance between the duo sparked after they played Queen Victoria and Prince Albert in Victoria. Before dating Tom, Jenna had dated some famous people. Her earliest known romantic partner is Karl Davies. The two were co-stars in Emmerdale and dated from 2006 to 2009. She had also dated Richard Madden from 2011. Their relation wasn’t stable and they went on and off for four years before finally calling it quits in 2015.

Jenna was rumored to be romantically involved with Prince Harry in June of 2015 after her breakup with Richard Madden. The Victoria actress denied the rumor while the Prince made no comments on the issue.

Born on 18 April 1985 in Chester, England, Tom had a love for acting from a young age. He attended the Liverpool Everyman Youth Theatre Group. Passionate about theatres, he also became a member of the Cheshire Youth Theatre and Jigsaw Music Theatre Company.

Tom graduated in 2008 with a Bachelor of Arts in Acting from the Royal Academy of Dramatic Art.

Tom got his first big break in 2010 when he starred in Sex & Drugs & Rock & Roll (2010). After that, he received plenty of roles in all kinds of shows and he has established himself to be a reliable actor who delivers consistently.

Jenna Coleman has had a very successful career as a TV actress. Many of her shows have run for multiple seasons and her career shows no signs of stopping.

She has appeared in more than 10 TV productions and 500 episodes. Few actors have such an illustrious career and her extensive list of work has no doubt netted her a huge fortune.