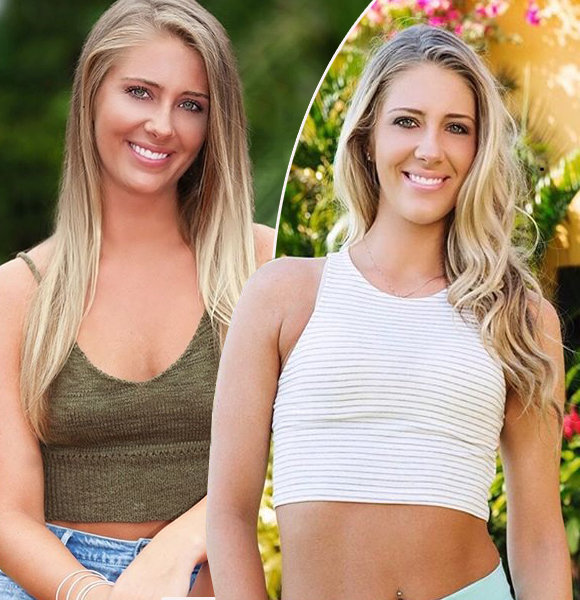 Jenna is finally engaged to Zach Nichols, her co-star from the reality show The Challenge: Battle of the Exes II. The auspicious proposal took place at the Rockefeller Center Christmas tree in New York City on 21st December 2019.

Her boyfriend put forward the big question by getting on his knees and offering her a beautiful diamond ring custom made from Cooper and Binkley Jewelers. Talking to E! News, the reality actress disclosed that the venue of engagement served a special significance since they spent a lot of good times together in New York.

Interestingly, Jenna didn't see the proposal coming at first as she and her fiancee had left for New York from Michigan on 19th December to be with her family for Christmas.

Jenna  & Zach first started dating back in 2014 after meeting each other in Battle Of The Exes 2. Although the two were competing contestants on the show, they began taking a liking for one another right away. However, they were in an on-and-off relationship throughout their dating period. They eventually broke off in 2016 while Jenna competed at The Challenge Rivals 3.

Thankfully, love between them sparked again a year later while they both competed in the second season of  Champs vs. Stars. Throughout their relationship, the pair faced several challenges on their reality TV career as she had to leave the show early following her injury.

Although Zach was undoubtedly sad following her leave, she shared some beautiful and encouraging words for her lover. On May 2018, through Insta she wrote,

Love might pair you with someone you might never have expected. It’ll put you face to face with endless obstacles. But in the end, none of that will matter because it’s how you overcome its obstacles that will define your love. It may not be practical, but love is ultimately the best thing that will ever happen to you.

Also, in 2019, while the TV icon competed at War Of The Worlds alongside her partner, she was presented with another challenge. Contestant Amanda Garcia accused Zach of secretly being on a dating app in previous seasons. However, this accusation had no effect on her relationship.

How Much Is Louise Pentland Net Worth? :- Weight Loss, Dating Status

Zach Nichols The Challenge: Battle of the Exes II Rockefeller Center Battle Of The Exes 2 The Challenge Rivals 3 Champs vs. Stars War Of The Worlds Amanda Garcia