By LRU Writer | On: December 26, 2017
Jessica Gomes on Dating Heart-Throb Boyfriend! Her Relationship Game Too Strong Jessica Gomes has undoubtedly stolen many hearts with her appealing beauty. An Australian model, who has garnered a huge fan following by appearing in the Swimsuit Issue of Sports Illustrated magazine from 2008 to 2015, is surely a dream girl of most people out there. 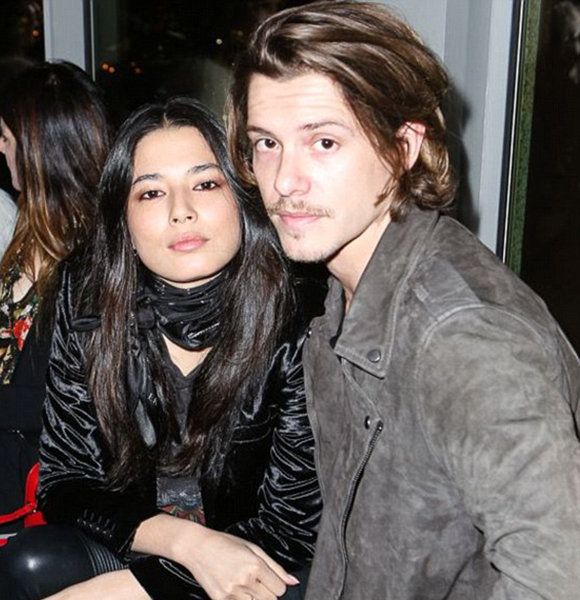 Jessica Gomes has undoubtedly stolen many hearts with her appealing beauty.

An Australian model, who has garnered a huge fan following by appearing in the Swimsuit Issue of Sports Illustrated magazine from 2008 to 2015, is surely a dream girl of most people out there.

Being one of the favorite personalities, Jessica has several eyes watching her. Well, if you are keen on peeking Jessica’s dating affair then you are at the right place as we present you the details of Jessica Gomes’ love life.

Their relationship went public last year in October after they were pictured kissing in Los Angeles. Though Jessica and Xavier were spotted together for the first time, they looked comfortable while they kissed each other and walked hand-in-hand. Jessica met her boyfriend at her 32nd birthday party and is enjoying a private and blossoming relationship with him.

Jessica, who is very happy in her romantic relationship, spoke to 'The Daily Telegraph' about her plans for the family earlier this year in January. She said,

“I think I'll always be the type of person to travel, I really hope that when I have a family I can travel a lot with them and be able to kind of move around. I definitely want my children to know and understand Australia.”

Likewise, earlier this year in August, Jessica stated that she loves to keep her personal life private.

“I think for me I like to keep things quite separate so I can be focused and be professional at work. Then when I leave work I feel like I have my personal life to myself because that's private and that's personal, and that's something very close to me.”

Jessica, who previously dated rugby union player Rocky Elsom for one year until they parted ways in September 2015, continued,

“Everyone is different though, but for me I like to keep things quite private in my personal life which works for me and my partner.”

Recently, she shared a picture of her father, Joe Gomes, and mother, Jenny on Instagram to mark their 45th wedding anniversary.

Jessica was born on 5 September 1984 to a Chinese mother and Portuguese father.

Well, Jessica was always destined to be one of the country's top models with the features inherited from both of her parents. However, she was bullied for her mixed-race heritage when she was young.