By LRU Writer | On: January 17, 2020
Jessica Mendoza is an ex-professional softball player...currently working as an analyst for ESPN...won an Olympic gold medal in 2004...ESPN's Sunday Night Baseball...married to Adam Burks...two children with her husband...born on 11th November...graduated from Stanford University...stands at a height of...has a net worth of... 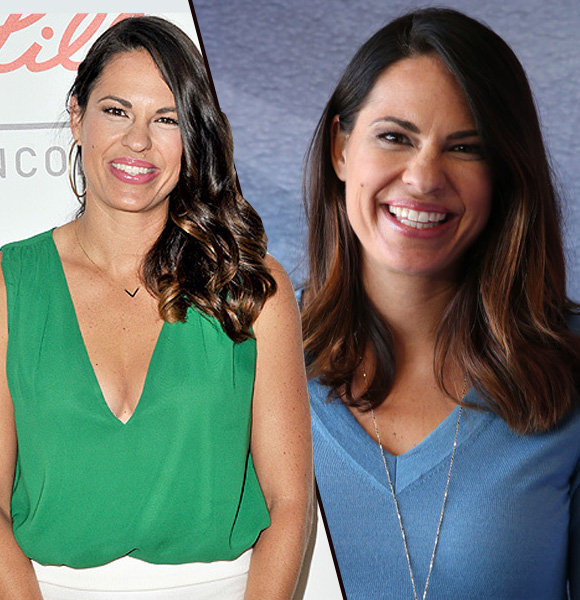 Jessica Mendoza is an ex-professional softball player who is currently working as an analyst for ESPN. She is an athlete who won an Olympic gold medal in 2004 when she was a member of Team USA.

She was inducted into the National Softball Hall of Fame in 2019.

Jessica started working on ESPN’s Baseball Tonight from 30th June 2014. She is also the first female analyst for a nationally televised MLB game. She grabbed that title after doing her first Sunday night game on 30th August 2015.

The Olympic gold medallist signed a multiyear extension with ESPN. Through the deal, she got to remain a part of the Sunday Night Baseball and make more studio appearances. Since then, she has solidified her position as a reliable color analyst for the sports media.

The color analyst is married to Adam Burks. He is a U.S. Marines veteran who was a part of Operation Desert Storm. Adam used to work as a civil engineer but quit in 2009.

Jessica met her husband for the first time in 2004 at a wedding in Southern California. The two started dating and finally tied the knot on 30th September 2006. Following the birth of their first child, Adam quit his job as a civil engineer two months later to transition into a stay at home dad. The couple revealed that they had to make such a decision because the color analyst had to travel for her games for her work.

She revealed in 2018 that she was homeschooling her children. When asked about the reason, she answered that it was to spend as much time with them as possible.

Her work requires her to be away from home for a lot of time, and homeschooling seemed very reasonable for her.

She attended the Adolfo Camarillo High School, where she was named the Los Angeles Times Player of the Year in 1998. Later on, she graduated from Stanford University, where she became First Team All-American four times.

New York Mets Player:- After Suffering A Back Injury Lucas Duda Is Having A Hard Time To Return