By LRU Writer | On: March 04, 2021
Jessie James Decker is a country singer known for her self-titled album which was released in 2009...also stars in her own reality TV show called Eric and Jessie: Game On...is married to former NFL star Eric Decker...has three kids with his; Vivianne, Eric II, and Forrest... 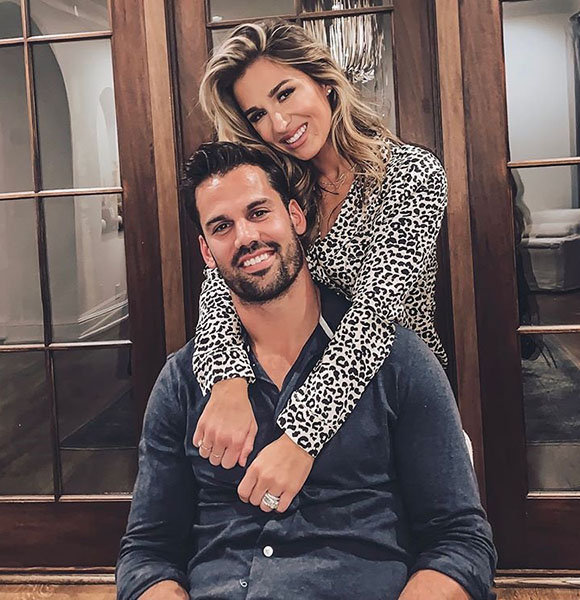 Country singer Jessie James Decker made her debut in the music scene with her self-titled alum in 2009. Since then, Jessie released two more studio albums; Southern Girl City Lights in 2017, and On This Holiday in 2018.

Jessie is in a relationship with former NFL player Eric Decker. They first got to know each other through the internet after their mutual friends told them about one another. Then, after dating 'digitally' for a month, they met in person in around 2010. Eric traveled to Nashville to see her, and they got married soon after.

The duo tied the knot on the 22nd of June 2013. Their wedding ceremony was held at the St. Francis of Assisi Catholic Church in Castle Rock, Colorado, and the reception was at the Castle Cliff Estates.

Jessie has three children with Eric. Her first child, daughter Vivianne Rose Decker was born on the 18th of March 2014.

Vivianne was followed into the world by her younger brothers; Eric Thomas Decker II arrived on the 3rd of September 2015, and Forrest Bradley Decker was born on the 31st of March 2018. In December of 2019, while talking to the US Weekly, Jessie also said that Eric wanted to have another baby.

Jessie stands at the height of 5 feet 1 inch or 1.55 meters. She was born on the 12th of Aril 1988 in Vicenza, Italy. However, she has American nationality. Her zodiac sign is Aries. Her mother's name is Karen Parker. She has two siblings; brother John James and sister Sydney Rae Bass.