By LRU Writer | On: March 16, 2018
Jessy Hodges Is Dating! Live-In Relationship With Actor Boyfriend. The multi-talented actress, Sophie Parker, from the web series, Anyone But Me has attracted many fans, through her acting and comedy skills. Not just that, she has also established relationship goals for many of her fans with her almost a decade-long dating life. 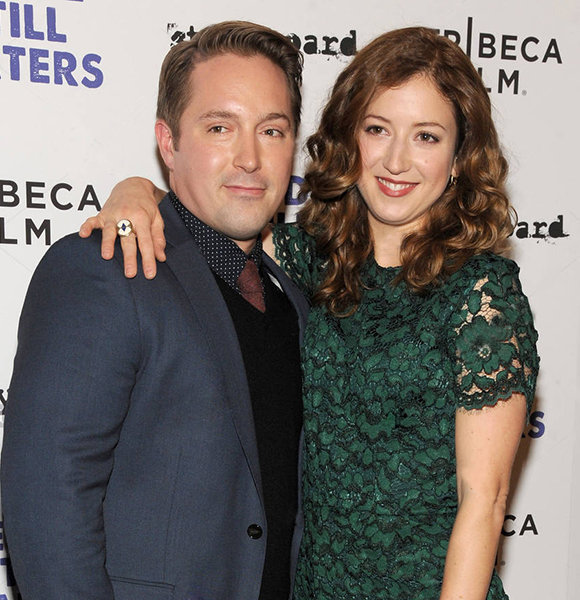 The multi-talented actress, Sophie Parker, from the web series, Anyone But Me has attracted many fans, through her acting and comedy skills. Not just that, she has also established relationship goals for many of her fans with her almost a decade-long dating life.

So, if you want to know about Jessy Hodges' relationship status which has taken a step further, then you better not forget to scroll down!

Actress Jessy Hodges is sharing her romantic time with her long-time boyfriend, Beck Bennett, a comedian, since last eight years. Their dating relationship was assured as they started to flaunt their romance on the social networking sites.

On an accord to their social media account, the couple started dating each other around 2011 and still is in so much love that; the rumors of their breakup and misunderstanding have not aired yet.

Well, the couple doesn't shy away from flaunting their romantic time on their social media account. Back in 13th May 2016, Beck shared what according to him was the 'best photo' that he had with his girlfriend on their fifth anniversary with a caption that read,

"5 years together and this is the best photo I have. I can tell you right now that we will never take a better one, but that won't stop us from trying every damn day of our lives. Love you @jessyhodges!!! #photos#c'mongrossgetaroom!!!" Meanwhile, though the couple has not exchanged the marital vows, they happily live together. Beck shared the glimpse of their first night of moving into the house with Jessy on Instagram, back in October 2015. And they celebrated the night away with a pizza. Jessy has not mentioned about her further plans on getting married to the 33-year-old Beck Bennett. Well, they indeed are enjoying the companionship meanwhile and might want to take time to plan for their big day.

Daughter of Evil Dead actress, Ellen Sandweiss, Jessy celebrates her birthday on 8th of August; however, her age remains a mystery. Jessy has a sister named Ali, who stays with her dad in Huntington Woods, Michigan.

Jesse who was very much involved in the theatre from her early age is a graduate of Berkley High School and had even enrolled in the New York University's 'Tisch School of the Arts,' to study drama.

Talking about her acting credits, Jessy has appeared in the TV and Film series, including Hindsight, Enlisted, Grey's Anatomy, Anyone But Me, Satan's Playground and Greek.

American Actress Anyone But Me Beck Bennett Hindsight Grey's Anatomy