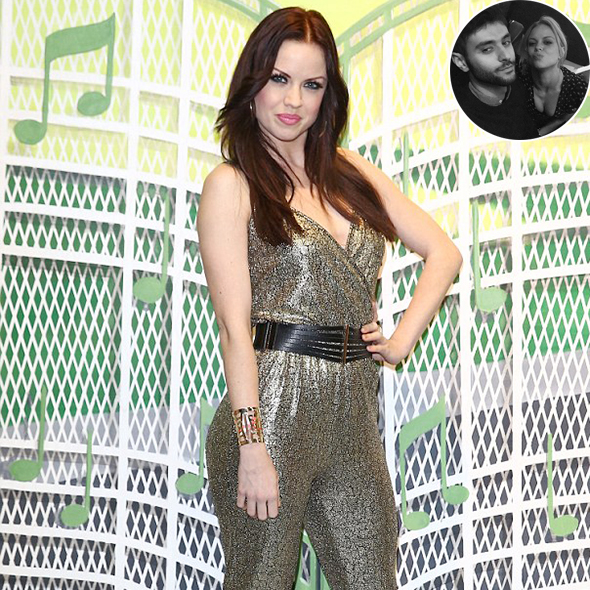 When you are in a relationship, you get excited like a child that you want the whole world to know about your excitement, Similar is the case of actress Joanne Clifton who has been showcasing her love with her boyfriend and posting pictures of their lovable moment on her Instagram while simultaneously making comments about her dancing partner.

Today we will be sharing her beautiful moments with her boyfriend and know more about the relationship with her dancing partner.

Who is Joanne Clifton dating?

Joanne Clifton made headlines in the month of June when she was spotted dating Joseph Edward-Bader, the grandson of late Ronnie Corbett. The news was neither confirmed by Clifton nor by Bader but was given a green signal by their close source who got aligned to them. As reported by List.co.uk on 27th October 2016, the close source revealed that the couple has remained together since the month of June and has remained inseparable since then.They said:

“Joanne is absolutely smitten with Joseph and the pair have been inseparable ever since they started dating in June."

When talking about their meeting events, the lovely pair got glued to each other while they both were working together for Norma Jeane, the musical show (2016).  Since then, Clifton and Brader have been carrying out their relationship with a flow and has been seen spending quality time with each other. They have regularly been posting pictures of each other on their respective Instagram account, making their fans go crazy over their cute and admirable moments.

Clifton gradually uploads a black and white picture on 11th September 2016, with her handsome man Bader while they were enjoying an Asian fusion meal in the Manchester City, where Brad is seen giving a sexy beard stern look while Clifton gives a pouty face.

On 4th September 2016, Edward posts the picture of Clifton staring at him while they were spending quality time at the Leicester Square Theater.

The couple is still together and has been recently spotted enjoying a meal together giving a cozy pose through Joanne Instagram post, posted on 7th December 2016.

While going through the Instagram account of Clifton and Bader, they have left no stone unturned to show love for each other despite having a busy professional life by maintaining some balance in their relationship and career life ahead.

Clifton has not revealed any plans for marriage till date with her partner Joseph Edward. But in the future, she may get married to Joseph only if their relationship continues in a similar loveable pattern.

Dancing partner: What exact relationship do they hold?

Recently, Clifton participated in the Strictly Launch Dancing Show. She got paired with another dancing star Ore Oduba in the show. When expressing her delights in teaming with Ore, Clifton blurted her inner desire of wanting to be paired with him on the very first day when they had a celeb meeting.

When talking about the comments posted on the Instagram post on 6th September 2016, Ore seems to be another man in the life of Clifton. Clifton has praised the outstanding performance of Ore during their first dance performance in the Strictly Launch Dancing Show.

He only went and nailed the whole dance on the first day!!! #Repost @oreodubaofficial with @repostapp ??? Introducing Mrs Motivator aka @realjoanneclifton! Getting whipped into shape on Day 1... And I LIKE it! ????????????????

But through her statements revealed on List.Co.Uk on 27th October 2016, she clarified all the brewing rumors which might have emerged in her followers head regarding her relationship. She said,

"I love him. He works really hard, he's so determined, he tries everything that I say to him and at the same time we've become like best friends. And the worst part of working with him is that he works really hard because then I don't get a break.

Well, the pairing of Ore and Clifton has worked immensely on the dancing stage, performing well in the competition and have been giving a tuff competition to their competitors through the various genre of dance.However, Ore and Joanne Clifton gives a Salse beat on the seventh week of their performance on the dancing show.

Even her boyfriend seems to have no issue with the firm bonding between Ore and Clifton. The source reveals about Brader being a supportive lover who has been consistently supporting his little girl throughout the competition.On 12th November 2016, Brader requests his followers on Twitter to vote for Clifton and Ore to remain in the dance contest.

The series of good dancing does not end here. The dancing couple Ore and Clifton have been delivering incredible performance and hence in the upcoming days the duo will provide further loaded entertainment with some classical dances.