By LRU Writer | On: October 08, 2018
Joe Bastardi, the professional meteorologist and weather forecaster, is the Chief Forecaster at the WeatherBell Analytics LLC. Apart from his professional life, he is also blessed with blissful family life. He is married to...with whom he shares romance of over...years. Joe and his wife are also blessed with...children... 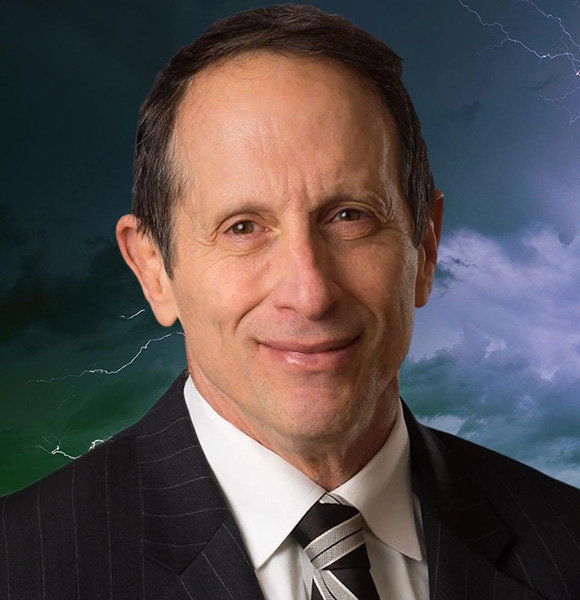 Professional meteorologist and weather forecaster, Joe Bastardi is the name heard even outside than the forecasting world - frequently appearing as a guest on TV news show.

Also the Chief forecaster at the WeatherBell Analytics LLC, Joe has written success in his life whether it's a professional weather forecaster or a loving husband. Besides forecasting weather, he has also been able to manage a blissful family life with his wife. Indeed, he is a married man and also shares two children with his dear wife.

It turns out the weather is the only thing that distracts him from his wife. Well, he sure excels at balancing his professional and personal life while he enjoys decades of married life with his wife!

Joe Bastardi, age 63, enjoys decades-long married life with his wife, Jessica Jane Strunck for almost three decades to be exact. The couple exchanged the wedding vows back on 11 September 1992 when he was at the age of 37.

The pair had an intimate wedding ceremony which was accompanied by their invited guests, family members, and close friends.

Meanwhile, it is not known where the couple had their ceremony. Joe has failed to mention details about his big day along with insights on how he met and fell in love with Jess.

However, he often Tweets in his social media where he appreciated his wife for her presence in his life. He mentions her as the "girl of his dreams." Back in December 2015, he posted a picture with his wife in which they appeared in Christmas attire. Adding to it, he even passed birthday wishes to his wife through a tweet where he suggested her to take a set or two off during their special day. Well, couple sure seems to share a long-lasting romantic relationship.

Don't Miss: Lucy Verasamy: Is Dating? Who is her Boyfriend? Or Is She Secretly Married? Husband?

Likewise, they have also been blessed with two children - a son and a daughter and taking their married life for 26 years now.

Blessed With Family Of Four

Joe Bastardi, who has an estimated salary of $62,516, shares a family of four with his wife Jess. They have been blessed with two children - a son and a daughter as the symbol of their love.

Joe not only tweets regarding his wife but his kids are also his priority. He often posts about them while sending birthday wishes along their way. Back in December 2015, he wished his daughter Jessie for her birthday while buying punching bags as a gift on her special day.

Likewise recently in February 2018, he wished his son Garrett on his birthday which also happens to fall on the National Weatherman's Day.

You May Also Like: Weather Forecaster Jackie Johnson: Divorced With Football Player Husband, is Dating? Who's He?

Well, Joe, who enjoys an average net worth, sure is blessed to have his children by his side while his hair whitens with the age.