How Much Is Joe Pantoliano Net Worth? Details On Children & His Wife

By LRU Writer | On: December 08, 2019
American actor Joe Pantoliano is often seen portraying a villainous and shady... best known for his portrayal of...initially started pursuing acting... had small roles in movies like...career took new heights with his role of... has more than 150 acting credits...enjoys an estimated net worth of...is a true family guy in real life...got married on...doting father to his...was born as...struggled with studies due to severe dyslexia... 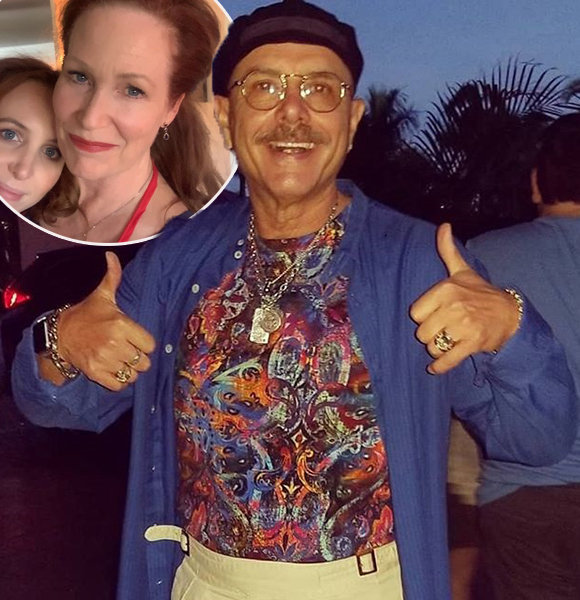 Joe is best known for his portrayal of Ralph Cifaretto in the HBO series The Sopranos from 2001-2004. His performance as Ralph in the HBO series fetched him the award of Outstanding Supporting Actor in a Drama Series in the Primetime Emmy Award 2003.

How Much Is Joe Pantoliano Net Worth?

Joe initially started pursuing acting after being motivated by his stepfather, who encouraged his acting talent since childhood.

Joe's career took new heights with his role of the hard-hearted pimp Guido in the Tom Cruise starrer hit Risky Business in 1983.

As of now, Joe has more than 150 acting credits on his name. Well, with such an amazing career, the talented actor enjoys an estimated net worth of $8 million.

Further, The Sopranos actor does not seem to be slowing down anytime soon. As of now, Joe is reprising his character of Captain Conrad Howard from action-comedy Bad Boys starring Martin Lawrence and Will Smith, in its sequel Bad Boys for Life (2020).

Details On His Wife & Children

Despite portraying the characters of shady tough guys on-screen, Joe Pantoliano is a true family guy in real life. He is happily married to actress Nancy Sheppard. They initially met at a blind date and eventually fell for each other. The couple got married on 18th February 1994.

Joe and Nancy had their first child together in 1992- a daughter named Daniella. Before that, Nancy was a single mother to a daughter named Melody, whom Joe gave his name after their marriage. Further, in 1998, the couple were blessed with another daughter named Isabella Pantoliano. Before Nancy, Joe was married to actress Morgan Kester on 31st March 1979. The couple also had a son together named Marco in 1981. But the marriage was short-lived, and the couple parted ways in 1985.

As of now, Joe is a loving husband to his wife Nancy and a doting father to his four kids.

Joe was born as Joseph Peter Pantoliano on 12th September 1951, in Hoboken, New Jersey. He was born to a hearse driver and factory foreman father, Dominic “Monk” Pantoliano and a seamstress mother, Mary.

Also Interesting:- John Legere Wife, Gay, Daughter, How Much Is T-Mobile's C.E.O Worth?

During his childhood, Joe struggled with studies due to severe dyslexia. However, from a young age, he showed real talents in acting.

As of now, the actor of 5 feet 9¼ inches (1.76 m) height has established himself as a thespian in the industry.