John Legere Wife, Gay, Daughter, How Much Is T-Mobile's C.E.O Worth?

By LRU Writer | On: November 22, 2019
Big news for the tech enthusiasts...John Legere, the CEO, and president of T-Mobile US, is officially...announcement that was made on...has been the leading man of...for his education...reluctant to share the details...married and divorced twice...father to two daughters...very doting father...worked for many powerful companies...has an estimated net worth of... 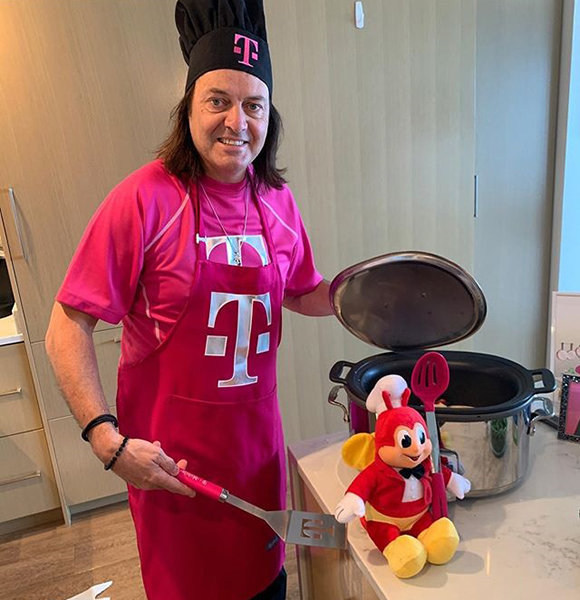 Big news for the tech enthusiasts!

John Legere - the CEO and president of T-Mobile US - is officially stepping down from his position at the company.

According to the announcement that was made on 18th November 2019, John will reportedly step down from his position on 1st May 2020 and will be succeeded by T-Mobile President and COO, Mike Sievert.

Born on 4th June 1958 in Massachusetts, John Legere is a well-known figure in the tech world.

Throughout his career, the American businessperson has been the leading man of 7 different companies, including AT&T, Dell, and Global Crossing, and now holds the position of CEO and president of T-Mobile US.

Known for his charismatic and unconventional nature, John is a BBA graduate from the University of Massachusetts. He later received his M.S. from MIT Sloan School of Management, and also an MBA from Fairleigh Dickinson University. Further, he attended Harvard Business School's Program for Management Development.

Well, in John's case, it can be said for sure that all his degrees have been put into good use.

Since John is a famous name in the tech industry, people are always curious to know about his private life. However, the business executive is pretty reluctant to share the details when it comes to his private life.

While John is not a married man now, he has been married and divorced twice in the past. Despite being a well-established business figure, John has been successful in keeping his past life a secret.

Although not much is known about John's past, he is a father to two daughters- Elizabeth and Christina. Further, he shares a very close bond with both his daughters and often posts photos with them on his social media. In fact, John reportedly lives right down the street from his daughters in New York City, to be closer to them. Well, he is a very doting father, indeed.

People who are not aware of John's daughters and past married life often assume him as a gay man. But, without proof, these claims are nothing more than tabloid gossips.

How Much Is T-Mobile's C.E.O Worth?

There is no denying that John Legere has reached quite a height in terms of success in his career, but the real question that intrigues everyone is about his net worth.

John, who assumed the position of T-Mobile's CEO in 2012, had worked for many powerful companies before that.

You May Be Interested:- Sergey Brin Wife, Affair, Net Worth, Height

Speaking of his salary, John pockets a base salary is $1.5 million in a typical year. But, with bonuses and stock awards, his salary exceeds way more than the base amount. In fact, in 2018, he became the world's highest-paid CEO by earning a total of  $66.5 million.

As for his total wealth, he has an estimated net worth of $80 million.