By LRU Writer | On: February 03, 2020
John Frieda was married to pop singer...wife is best known among audiences for her hit song...his partner is the widow of the business mogul and Fiat company heir who lost his life to...details on children...considerable revenue from his salon businesses and hair...variety of shampoo through...he has managed to open salons in places such as...at the age of... 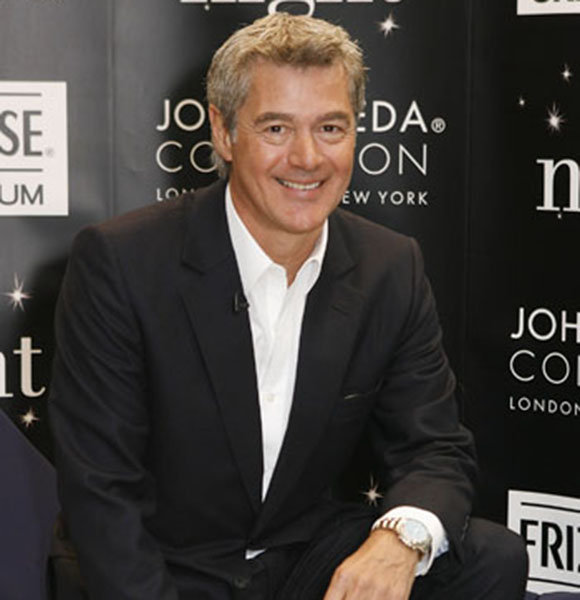 Celebrity hairstylist John Frieda is best known for creating a wide range of hair care products. All of them are sold under his self-titled e-commerce website, which includes hair enhancing products.

Interestingly, the entrepreneur worked at his father's hair salon during his high school days. In his 30's, he collaborated with stylist Gail Federici to design the Frizz Ease line of products.

John has been in a relationship with Avery Agnelli since 2004. His partner is the widow of the former business mogul and Fiat company heir, Giovanni Agnelli, who lost his life to cancer.

Thomas Doherty Dating Dove Cameron:- Everything About Their Relationship

The stylist first met her in 1998, at a friend's party during his stay in Italy. Ever since then, the two have been spotted together on several notable occasions.

On 11th June 2015, John and Avery were even invited by former prime minister David Cameron at a party dinner to celebrate the election win. Likewise, on 17th July 2019, the pair made their appearance at the 'Hysterical' private view hosted by Gary Card at Phillips Berkeley Square in London.

John and Avery stepped towards parenthood in 2005 with the birth of their daughter, Leyla Luna.

Likewise, in February 2007, his son Jackson John arrived in the world. His baby boy was born at the private Lindo Wing of St Mary’s Hospital, Paddington, and weighed 7 pounds at the time of birth.

The celebrity hairdresser was previously married to pop singer Lulu Kennedy-Cairns. His ex-wife is best known among audiences for her hit song, The Man with the Golden Gun, that was featured in the James Bond movie of the same title.

The two got married in 1977, but despite being in a long-lived bond, they ended up getting divorced in 1991.

Their marriage resulted in the birth of their son, Jordan Frieda. He is an actor with TV series such as Band Of Brothers (2001) and Daniel Deronda (2002) top his credit.

John generates considerable revenue from his salon businesses and hair products. He owns more than four salons that are situated in several countries. To date, he has managed to open salons in places such as London and Ibiza.

Moreover, he is the owner of two hair salons in New York – one of the salons is at Madison Ave, whereas the other one is in Chelsea.

Furthermore, the fashion icon sells a wide variety of shampoo through his self-titled website, johnfrieda.com.