By LRU Writer | On: June 07, 2019
Sally Hershberger is an American celebrity hairstylist based in...Throughout her career, she has worked as a personal hairstylist for high profile celebrities including...She is notable for creating the popular hairstyle called...Sally had created the style while working for the actress in the movie... 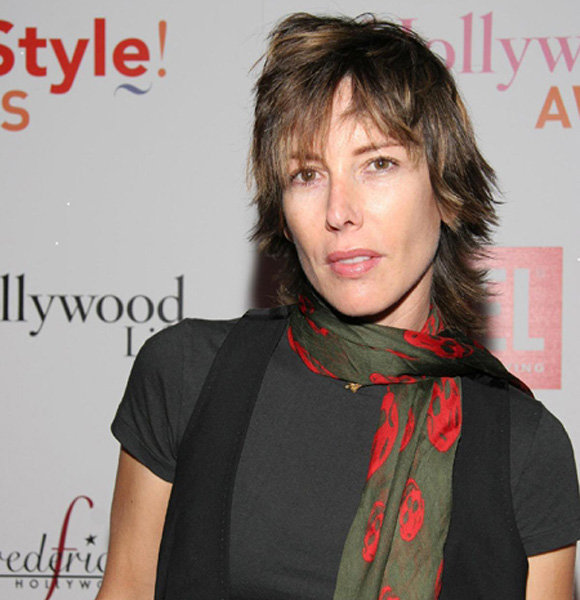 Sally Hershberger is an American celebrity hairstylist based in New York. Throughout her career, she has worked as a personal stylist for several high profile celebrities including Tom Cruise, John Mayor, Julia Roberts, Jimmy Fallon, and Jon Bon Jovi.

Moreover, she is notable for creating the popular hairstyle called “Meg," which was named after the Hollywood actress, Meg Ryan. Sally had created the style while working for the actress in the 1995 movie, French Kiss, and named it after Meg in her honor as she appeared with the same form in two more films.

Sally was born in Wichita, Kansas in 1961 as the member of a wealthy family. Her father was a businessman involved in the oil business. However, she went through some difficult times while growing up as her parents divorced when Kelly was aged three. Also, her father was convicted of fraud in 1990 and imprisoned for five years.

She later moved to Beverly Hills with her two brothers and mother. Unfortunately, both of her brothers died an untimely death. One of them was killed by a drug overdose, while the other lost his life in a car accident.

Although Sally never went to any fashion schools to learn hairstyling, she surrounded herself with passionate personalities, who were expert in the field of fashion and style. She first started her hairstylist career by working as a hairdresser for Olivia Newton-John during one of the actress' tour.

Recommended:- Reality Star Turned Hair Stylist Clare Crawley Engaged Rumors! Still To Get It Figured Out in The Bachelor

Sally had landed her first job under the recommendation of her friend Rob Saduski, who worked on Batman & Robin (1997) as a costume designer.

Eventually, she was offered to work with celebrity photographer Herb Rits. The pair collaborated for more than a decade before Sally was a famous personality. Her major breakout came after she created the hairstyle “Meg” for Meg Ryans' movies. The short and fresh looking approach became iconic and was even adopted by many others, with the lesbian community as its favorite users.

Meg Ryan Co-Star:- Beautiful Mae Whitman: Is She Dating Someone, Partner, Lesbian? If So, Who is Her Boyfriend?

In 1998, she also worked as a hairstylist for politician Hillary Clinton during her cover shoot for Vogue magazine.

Sally has undoubtedly done well financially as her celebrity clients in Hollywood book her for a vast sum of money. As of now, Sally runs four salons in NewYork along with her business partner Tim Rogers, where haircuts can cost up to $1000.

She also generates vast revenue from her hair products brand called 24K, which she launched in 2015. She also bought a property in Beverly Hills for a hefty amount of $2.4 million.