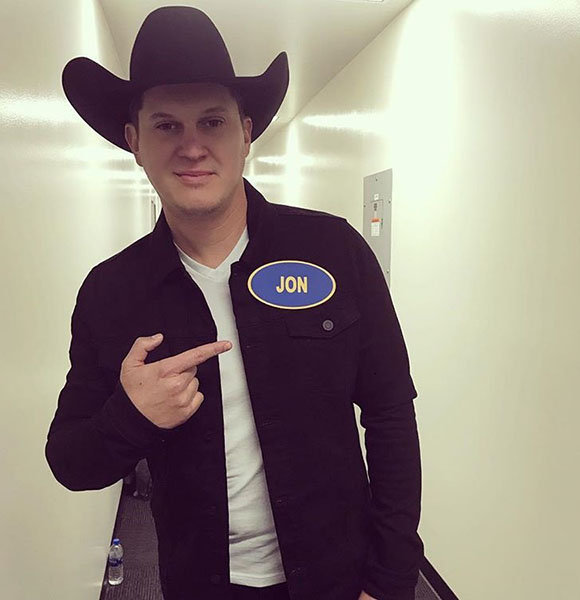 Signed to Capitol Nashville, his debut album Write You A Song was released in January 2014. Jon released his debut single, Missin' You Crazy, in March 2012, which peaked at twenty-nine in the US Billboard Hot Country Songs.

Jon's unique style of high-energy country with shades of rock & roll in his songs makes every fan go crazy. No matter whether they are hearing him live or in their backyard.

Sorry, ladies! Jon Pardi is taken as he is engaged to his fiancee, Summer Duncan. Even though the wedding bells are already in the air, the wedding date is yet to be announced by the duo.

The winner of the 2017 Academy of Country Music Awards for New Male Vocalist of the Year surprised his girlfriend of two years, Summer, by getting down on his knees and proposing her. The scene took place during his 2nd October 2019’s sold-out show for Heartache tour in the Ryman Auditorium, Nashville. It was extra romantic amid the cheering of his fans as The Rayman Auditorium was one of their first date sites.

The duo got along pretty well after their first meeting at the Grizzly Rose and started seeing each since early 2017; the two have been a couple ever since. Interestingly, Summer is a hairdresser from Northern California, and Jon's mother initiated their first date.

Jon was born on 20th May 1985 to Shellie Pardi-Harrington and John Pardi, a constructor. The native of California grew up with his sister Ashley in Dixon, a city 23 miles from the state capital Sacramento.

34-year-old Jon has a flaunting height of 6 feet 3.5 inches (1.9m) with proper body measurements and a cute face to impress any lady with a smile.

Admittedly, the country music sensation is one of the most popular classic-country artists on contemporary radio ever. Already three albums have been released, and his singles are also cracking the Billboard Top 20 list.

Up All Night was certified Gold in the US, and four of his songs from his second album California Sunrise earned him over $2 million in sales. No wonder Jon already has a net worth of $8 million in 2019.

And not surprisingly, Jon also has an active social life in media.