By LRU Writer | On: January 20, 2020
Designer Jonathan Adler's wedding...the designer first met his husband in November...the designer is married to...his family...the house consists of three bedrooms, three baths along with one fabulously...with a net worth of...came out as gay...at the age of...went on to make an appearance in shows such as Top Design...officiated by Howard Steiermann... 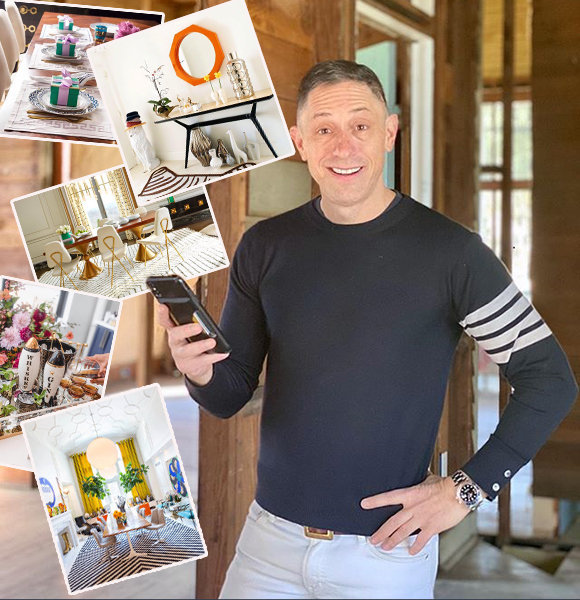 Successful designer and potter Jonathan Adler is well known for his craft fueled by inspiration from mid-century modern design and luxe lifestyles. He owns more than 40 stores that sell a wide range of lifestyle items(ranging from sofas to side tables) that are built with flawless craftsmanship.

Jonathan has been married to Simon Doonan since 18th September 2008. Their wedding ceremony took place at the Clift Hotel in San Francisco, California.

The couple tied the knot in a traditional Jewish marriage that was officiated by Howard Steiermann, a minister of the Universal Ministries. Jonathan Adler with husband Simon Doonan during their appearance on The Cut on December 2019 (Photo: Jonathan Adler's Instagram)

The two first met in November 1994 during a blind date set up by their mutual friend. However, Jonathan clicked with Simon only on the second date, where they watched Mike Leigh's film Abigail’s Party (1977). Jonathan talked about his relationship with Simon with the New York Times in 2008:

We have a ridiculous amount in common. We both hate smug people. We both rant at the same things. We both drink a lot of tea.

Jonathan's partner is a creative director of Barney's New York and also works as a columnist for The New York Observer. Simon is also a familiar face in showbiz with appearances in shows such as Conan (2012), Gossip Girl (2011), and Making It (2018).

Until 2016, Jonathan owned the 1960s A-frame cabin on New York’s Shelter Island but put it in the market in 2013. So, Jonathan and Simon bought land on the opposite side of the same island with panoramic views of Gardiners Bay and Orient Point.

There, they built a house rich with great precision and built under the contract of the firm Gray Organschi Architecture. The house consists of three bedrooms, three baths along with one fabulously louche open living area, and a gym.