By LRU Writer | On: February 02, 2020
Jordi Vilasuso wife starred as teenage Aileen in Charlize Theron's critically acclaimed movie...the actor has been married to her since...his children...he has appeared in more than 15 movies which include...various TV shows in leading roles...stands at the height of 5 feet & 10 inches (1.78 meters)...at the age of...his nationality...recurring cast in series which includes... 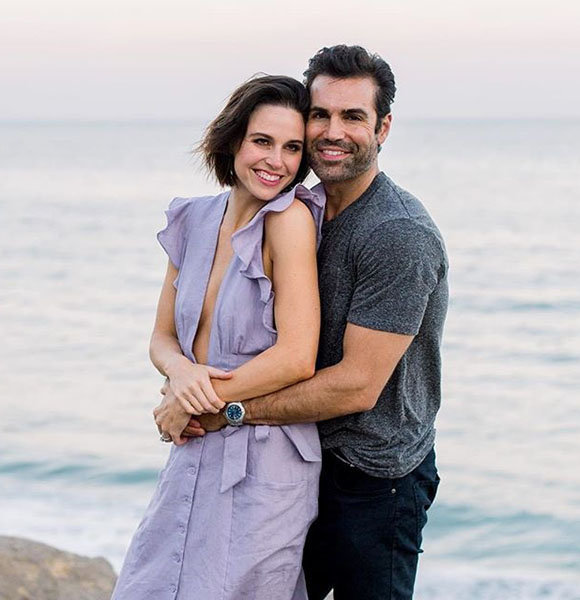 TV actor Jordi Vilasuso is well known for his role as Tony Santos in the CBS hit show, Guiding Light (2000). The show became one of the highlights of his career, which led him to win Daytime Emmy in the category of Outstanding Younger Actor in a Drama Series.

Moreover, in 2016, he was awarded the title of Best Actor for his role in the 2015 short movie, The Modern Man. Jordi received this recognition at A Beat at the International Independent Film Awards.

Jordi is married to Kaitlin Riley, an actress known for her appearances in films such as In The Shadows (2001), From Justin To Kelly (2003) and Scavenger (2013).

The actor has been married to Kaitlin since 25th August 2012 after their engagement in May.

Their wedding was conducted in Islamorada, a village in Florida. Following the marriage, the pair welcomed their daughter, Riley Grace Vilasuso, into their life on 26th November 2012. As of today. the two are still together and even spent their wedding anniversary on 25th June 2019 at Hotel Californian in Santa Barbara.

Jordi made his movie debut in 1996 with the family drama, The Last Home Run.

Since then, he has appeared in more than 15 movies, which include Girls After Dark (2018), Baby Obsession (2018), and The Invitation (2015). The latter one remains his most widely acclaimed movie to date as it holds an 88% rating on the site, Rotten Tomatoes.

As of today, the artist plays the role of Rey Rosales in the soap opera, The Young & The Restless (2018).