By LRU Writer | On: January 06, 2020
American actress Tiffany Boone is best known for... was born on...lost her father...was raised by her single mother...is not a married...engaged to her long term boyfriend...Tiffany stepped into the showbiz...appeared in minor roles in many movies and TV shows...As of now, she is busy with the post-production of her upcoming show...stands at a height of... 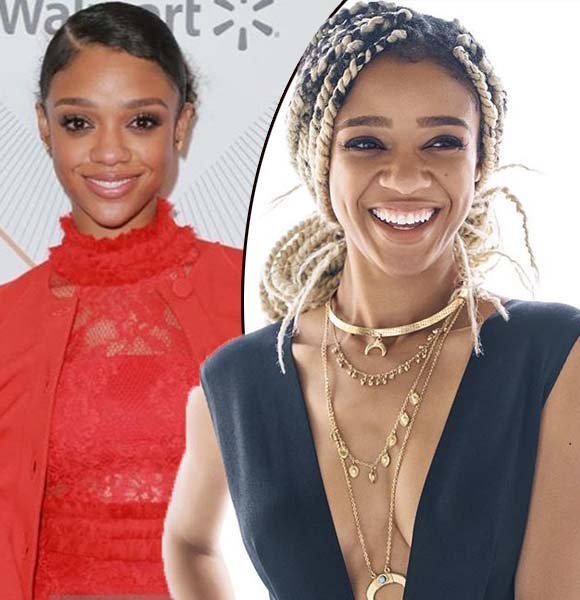 Before that, she also gained recognition from her role as Savannah Snow in the 2013 gothic fantasy film, Beautiful Creatures.

Before getting on to the details of the actress's professional life, let's take a look at her personal life.

The actress lost her father at the mere age of three because of gun violence.

After the death of her father, she was raised by her single mother.

Tiffany Boone is engaged to her long term boyfriend, Marque Richardson. The engaged couple seems to share a very close bond together.

On the occasion of Marque's birthday on 24th October, Tiffany posted a sweet picture of the two captioned,

The Clyde to my Bonnie. Happy birthday, my love.

Further, Marque also does not shy away from showing his love for his fiancee on social media. Well, looking at their adorable relationship, the couple does not seem to be far from pronouncing each other husband and wife.

Marque Richardson is an actor best known for his role as Reggie Green in the film and Netflix series Dear White People.

He was born on 23rd October 1985 on a naval base in San Diego, California, where both of his parents were serving the United States Navy.

Marque started his acting career at the age of four as a child actor in commercials. Ever since then, he has starred in many TV shows and movies with almost fifty acting credits on his name.

Tiffany stepped into the showbiz in her late teens. One of her first on-screen roles was in the film Hamilton (2006).

After that, she appeared in minor roles in many movies and TV shows. She guest-starred in many popular shows like Suburgatory (2012), Perception (2013), and Grey's Anatomy (2013), before finally landing an important role in The Following (2014).

Later she received massive fame for her role as Jerrika Little in Lena Waithe's drama series, The Chi (2018-2019).

More about The Chi's creator Lena:- Lena Waithe Is Off The Market! Married To Girlfriend Alana Mayo | Details

Tiffany has established herself as a talented actress in the industry. As of now, she is busy with the post-production of her upcoming show titled Hunters (starring the Hollywood icon, Al Pacino).

The new Amazon original show, Hunter, is set to release on 21st February 2020.