By LRU Writer | On: August 22, 2019
Josh Hamilton...his high school years, an issue with...heavily impacted his...net worth is, however, a whopping...years happily married...the best to have ever been associated with...With a career spanning for more than a decade, he is an elite player who... 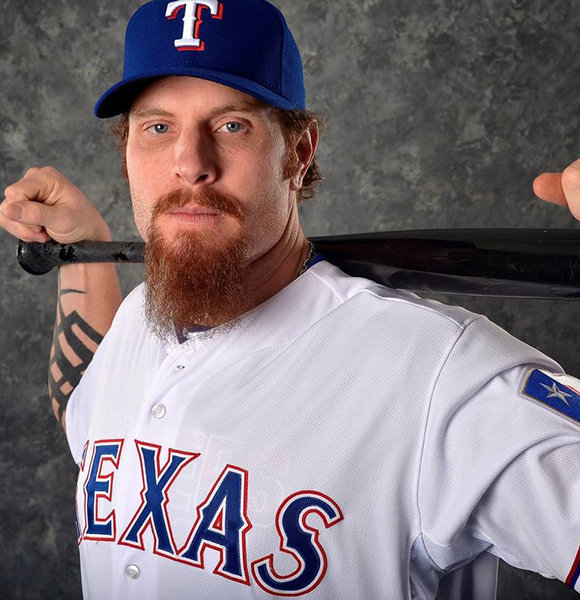 Josh Hamilton is an All-Star pro-MLB athlete in the outfielder position.

With a career spanning more than a decade, he is an elite player who has served under many teams as an excellent player. While Josh excels at his job, his personal life prospers too.

Read on to find out details on his married life, children, and career.

The 38-year-old professional was previously married to wife Katie Hamilton. Josh and Katie got married in 2004 and spent a long 11 years together before getting divorced in 2015.

His wife was initially shocked when Josh registered for the separation. Amid an alcohol and drug relapse, the MLB player filed for divorce, insisting that his wife was unfaithful.

Another Texas Ranger:- Cole Hamels' Career Stats Are Stronger Than Ever; All That Even After A Massive Trade and An Oblique Injury

Katie denied the allegation of infidelity, claiming innocence on her part. According to her, there was no big fight or blow up that caused their marriage to end. Though their relationship has ended now, the former couple's union resulted in three children. Josh Hamilton with wife Katie Hamilton and kids before their seperation (Photo: nydailynews.com)

Josh and Katie are parents to three daughters: 14-year-old Sierra Hamilton, Michaela Hamilton (age 11), and Stella Hamilton. Previously, the athlete was also a stepfather to Julia Shea from his ex-wife's previous relationship.

The professional athlete in the industry had some struggles during his early years.

While he was an outstanding player - an overall outfielder and pitcher - during his high school years, an issue with substance abuse almost thwarted his career. Due to a car accident in 2001, Josh became addicted to alcohol and drugs.

Problem With Substance Abuse:- Steve Hartman Owes One to Family! Wife Helped Realize and Get Rid of His Addiction

Josh's indulgence with narcotics heavily impacted his minor league career. Dropped after appearing late to practices and games frequently, he decided to take some time off between 2004 and 2006, so he could focus on getting better.

Soon enough, he returned to the minor league and started practicing again. In 2007, the MLB star made his professional debut from the Cincinnati Reds. It was later in 2008 when he finally joined Texas Rangers.

Over the years, the baseball prodigy has bounced around team-to-team, cashing in a total of over $140 million until 2017. Josh's net worth is a whopping $50 million in 2019.

Well, the giant of a man standing at the height of 6 feet 4 inches (1.93 m) and a weight of 108 kg has been added to the Rangers Hall of Fame. As of August 2019, Josh became one of the few recipients to receive the honor.