Josiah Duggar In Trouble With Girlfriend? Dating Affair Being Questioned

By LRU Writer | On: November 16, 2019
Josiah Duggar In Trouble With Girlfriend? Dating Affair Being Questioned. Courtship is the word that the Duggar clan use to define the dating relationship.The eighth born child of Duggar clan, Josiah Duggar recently had a courtship with his girlfriend. But, he seems to have forgotten the legacy of his clan that had been passed down to him as he and his girlfriend has invited trouble by themselves. 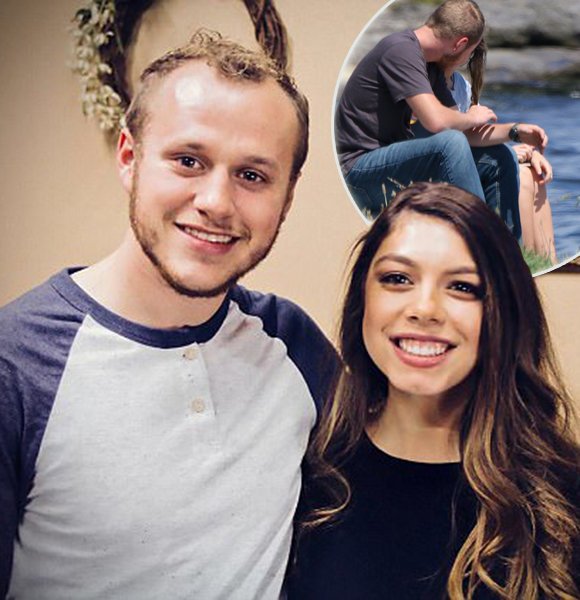 Courtship is the word that the Duggar clan uses to define the dating relationship. The eighth born child of Duggar clan, Josiah Duggar recently had a courtship with his girlfriend. But, he seems to have forgotten the legacy of his clan that had been passed down to him as he and his girlfriend has invited trouble by themselves.

So, if you are eager to know about the troubled couple and the reasons why their dating affairs are being questioned, then keep reading down!

Why Josiah Duggar's Dating Affair With Girlfriend Being Questioned?

Counting On star, Josiah Duggar, is currently in a romantic relationship with Lauren Swanson who is also a longtime family friend. It's not been so long that, they had a courtship, but their relationship has already sparked all sorts of scandal.

Well, now Lauren Swanson is linked with the Duggar family. And the great Duggar has strict rules to follow, which could be hard for the teenage lovers to accept.

The Duggars have to follow a strict set of rules when it comes to the process of courting, which they describe as, "Dating with a purpose." And that, "purpose," definitely, is about getting married and giving birth to a small army of fundamentalist children.

Strict Duggar courtship rules dictate that couples should not hold hands until they are engaged, and not kiss nor even front hug until they are married. And it seems that some rules were being tossed out of the window here.

Recently, Lauren joined the Duggar's family in their tour to Australia and New Zealand. Josiah uploaded the photo on Instagram with Lauren that captioned,

"I'm  really enjoying the beauty in New Zealand. Oh, and the landscape is pretty nice too I guess."

Well, it seems that they are moving awfully fast. They were observed giving a romantic kiss which broke the Duggar's strict set of discipline.

The couple was photographed violating the strict code of conduct set forth by his parents. According to the source, Josiah and Lauren have already been spotted holding hands, hugging, and yes even kissing. Their photo has demonstrably attracted many controversies, which might have affected the norms and values of the Duggar's Clan.

Well, the couple has called for the trouble themselves. As such, all forms of pre-marital hanky-panky are strictly prohibited.

Previously, Joy-Anna Duggar and his wife Austin Forsyth were also inculpated for violating the courting rule.

Before Lauren, Josiah had courted Marjorie Jackson in 2015, but the two called it quits not long after announcing their relationship. His broken courtship makes him the only member of his immediate family to be involved in a public, unsuccessful courtship.

Well, the couple were enjoying their time together on vacation in New Zealand, where Josiah's family was doing some public appearances and speaking gigs.

Keeping up with the norms and tradition, Josiah Duggar and his girlfriend Lauren Swanson are already married. As in the Duggar family, the utmost priority always has been children, sadly though bad news befell the duo during their very first pregnancy.

Revealing that his wife suffered a miscarriage of the first child, it was heartbreaking news for all. However only a few months after the reveal, Josiah and Lauren announced that they were expecting a second child already.

After the miscarriage, it was a good piece of news from the couple. In a heartfelt announcement of the second pregnancy, the couple also revealed the name of first baby Asa, for whom they wished a peaceful life in heaven.

As of 8 November 2019, the family of two turned into a joyous family of three. Josh and Lauren welcomed their firstborn little girl Bella Milagro and they look quite happy about their bundle of joy. Little Bella weighed a healthy 6 pounds and 5 ounces and a length of 18.5 inches. Their very first child, but probably not there last.