By LRU Writer | On: May 23, 2019
Jill Duggar has been a married woman for years now...wedding between the two was attended only by close members of the family...might be pregnant with her third baby... is the daughter of reality star parents... 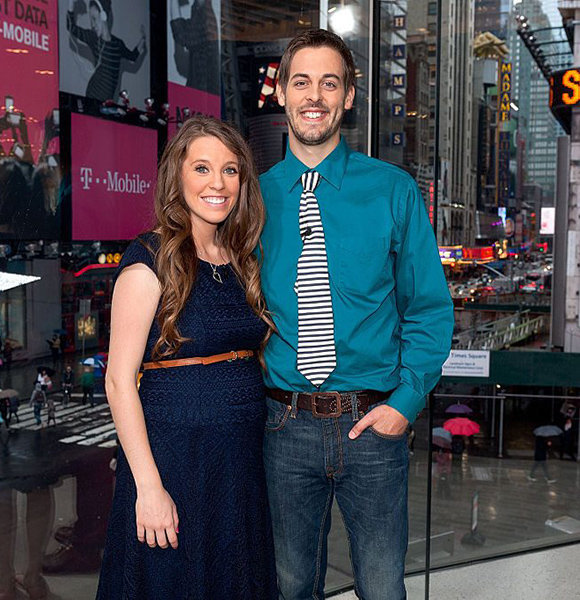 American reality star Jill Duggar's marriage looks perfect on the surface; but is it always without flaws?

Her husband, who is often considered a transphobic, has been a loving father to his kids. But, now as the couple may be about to welcome their third child, fans suspect a severe financial crisis. But, the facts suggest otherwise!

Jill Duggar has been a married woman for years now.

The reality star exchanged her wedding vows with Derick Dillard on 21 June 2014. Derick is an actor known for the shows like Fox & Friends, Jill & Jessa Counting On, and 17 Kids and Counting. The couple first met each other through Jill's father Jim Bob Duggar, who gave a much-needed boost to their relationship.

The wedding between the two was attended only by close members of the family and friends. However, the wedding was aired on the Duggar family's show 19 Kids and Counting.

In her nearly five years of married life, Jill is blessed with two children: both sons named Samuel and Israel.

Further fans suspect that Jill might be pregnant with her third baby.

Earlier on 17 May 2019, Jill's birthday saw the reality star post a blurred out picture of herself with husband, which led many to believe that the couple is expecting their third child. However, neither Jill nor Derick confirmed the pregnancy rumors.

While Jill's marriage with Derick might look perfect on camera; she has often landed in trouble because of her husband.

Back in 2017, both the husband and wife were fired from the show, Counting On, after Derick shared a derogatory comment calling the transgender community a "myth."

Similarly, there have also rumors of the couple seeking a divorce, but like many other stories, the divorce gossips are also yet to be verified.

Only one thing that fans are sure about is, Derick is not very close to the Duggar family. He has missed several of the events hosted at Jill's parents home and is rarely seen in the family show.

Jill is the daughter of reality star parents, Jim Bob and Michelle Duggar, who are the star of the reality show, 19 Kids and Counting. She has 18 siblings in her family.

Till the age of 28, Jill has featured on the family series along with other TV shows like The Today Show and Counting On. As for now, she has not appeared on the television and is focused on raising her kids.

Her net worth is often discussed, but the exact amount is yet to be disclosed. Nevertheless, the couple recently built a home Lowell, Arkansas and moved in the house.

Some claim that the pair got the money from Jill's parents as both Derik and Jill are out of work. The claims also suggest that the married duo is running out of cash. However, the bankruptcy gossips are yet to be clarified.

Talking about Jill's height, she is much shorter than her beau, who stands at the height of 6 feet 2 inches (1.88m). She is also considered a beautiful lady with her matching body measurements.