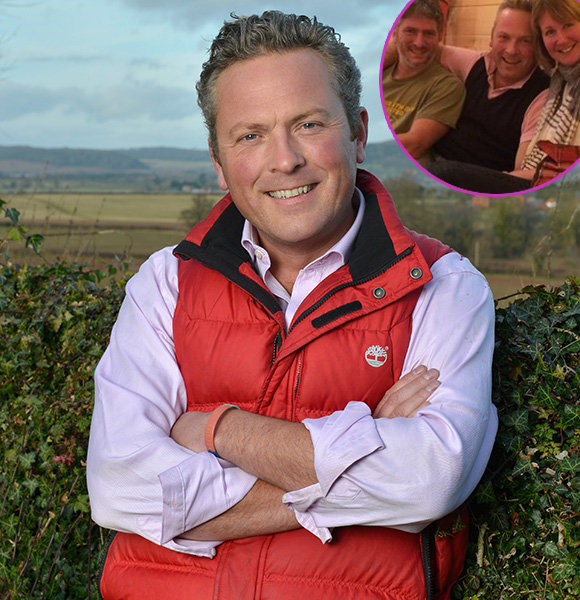 Jules Hudson is one of the most successful TV presenters out there. At the same time, he is also very versatile in his talents and skills.

Furthermore, he has been able to capture his audience through his knowledge of archaeology, architecture, and country life.

So, without further ado, let’s take a look into more details of Jules’ life and family.

To the fans of the TV presenter, it’s not new to hear that Tania Fitzgerald is his wife. When they first met or started dating is a mystery to all, but the duo tied the knot on 25 June 2016. And Jules, with a passion for military history, had a Second World War jeep as a wedding car.

Read About The Life Of Another TV Presenter:- Ade Adepitan Wife, Family, Net Worth

While the couple got married in 2016, the product of their love stepped into the world on the 28th of January 2015. They have a son who goes by the name Jack Hudson. The Escape to the Country presenter keeps a relatively low-key status about his personal life. But, his fans do see a handful of photos of him spending time with his family now and again in his social media handles.

Jules Hudson was born on 9 January 1970 to mother Pam and father Cliff. He grew up in bed and breakfast, which his mother ran for forty years. His father is a retired mechanical engineer who worked mostly abroad, with most of his time spent building grain storage systems for the UN in Africa and the Middle East.

An interesting fact about Jules is that before turning towards the TV world, he had joined the army in 1993.

His debut in the TV world happened in 2007 when he hosted the show called Escape to the Country. His popularity increased when he started presenting the show called Cash in the Celebrity Attic in 2008 and Britain’s Empty Homes in 2010. Since then he hosted several other TV series such as Country Tracks (2011), Mastermind (2011), The Alan Titchmarsh Show (2012), Dive WWII: Our Secret History (2013), and  Restoring England’s Heritage (2013); eventually standing up as one of the most prominent TV presenters in England.

Some other noteworthy TV shows he hosted are The Wright Stuff (2013), Defenders of the Sky: The Great British Airfield (2015), Pointless Celebrities (2016), and Celebrities Antiques Road Trip (2016).

Adding to his career, he also wrote a book called Garden Walls, which was released on 1 March 2018.

With such credit and popularity, Jules Hudson is sure to have collected a massive net worth. However, the renowned TV presenter has opted not to share his total net worth to the public’s availability.