By LRU Writer | On: July 23, 2019
Julia Roberts is a beautiful blonde...she is an American...was born in...started acting back in...when her brother gained some success in...50 Most Beautiful People...best known for her role in... 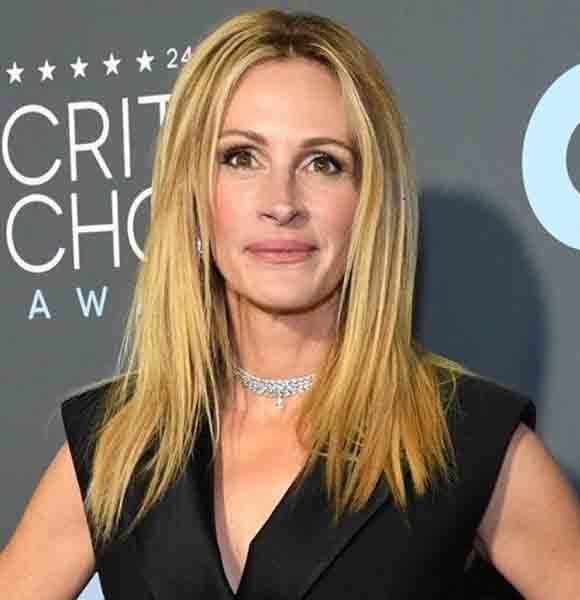 Boasting a height of 5 feet 8 inches and a body that compliments her figure perfectly, Julia Roberts is an actress, best known for her role in Pretty Woman, and Erin Brockovich.

Besides being a celebrated actress, Julia became known for her beauty. She managed to be listed on the 50 Most Beautiful People in the World by People Magazine for five times, the last time was in 2006.

With three decades in the industry, the talented actress has managed to keep herself relevant in the field, even now.

While her friends call her Jules, the actress was given the name Julia Fiona Roberts by her parents. The talented star was born on the 28th of October in 1967 in the family of Betty Lou (Bredemus) and Walter Grady Roberts.

She grew up in a small town, Smyrna in Georgia with her older siblings, brother Eric Roberts (born on the 18th of April 1956) and sister, Lisa Roberts Gillan ( born on the 1st of January 1965).

Julia also had a step-sister, Nancy Motes, from her mother’s second marriage to Michael Motes. Sadly, Nancy died of a drug overdose on the 9th of February 2014.

Unlike her professional life, Julia’s personal like has not been all smooth sailing. The Pretty Woman actress has been romantically linked with multiple men in the past.

She was engaged to Canadian actor — Kiefer Sutherland for a short time. However, the actor couple broke up just a few days before their planned nuptials in 1991.

A few years later, in 1993, she was romantically linked with Lyle Lovett. The duo tied the knot on the 25th of June the same year. However, the affair was short-lived and ended on the 22nd of March 1995.

Like they say third times the charm, Julia found her partner after two failed relationships. The romantic man in question is none other than Daniel Moder. They met for the first time on the set of The Mexican in 2000. But, Daniel was married to Vera Steimberg, at the time.

However, he filed for divorce from his wife Vera, in 2001. After Daniel's past marriage's demise, Julia didn't waste any time to tie the knot. On 4th of July 2002, the pair put a ring on their relationship at their ranch home in Taos, New Mexico.

Together for two decades, the pair have grown their family to five members. They became parents to twins; a son and a daughter in 2004 and later a son in 2007.

Source Of Julia's Net Worth

Following in the footsteps of her actor brother, Eric Roberts, Julia took her chances in acting.

Soon, she started gaining the attention of the industry when she appeared in Mystic Pizza and Satisfaction in 1988. The actress soared to newer heights in 1990 because of her cult hit movie, Pretty Woman. The film launched her amongst the elites of Hollywood as she bagged an Oscar nomination and a People's Choice award for Favorite Actress.

Ever since she started her career, the actress has been landing roles left and right in numerous TV shows and movies. With an incredibly successful career, she has been able to garner world-renowned levels of fame and a hefty bank account. The Mystic Pizza actress is estimated to have a net worth of $200 Million.