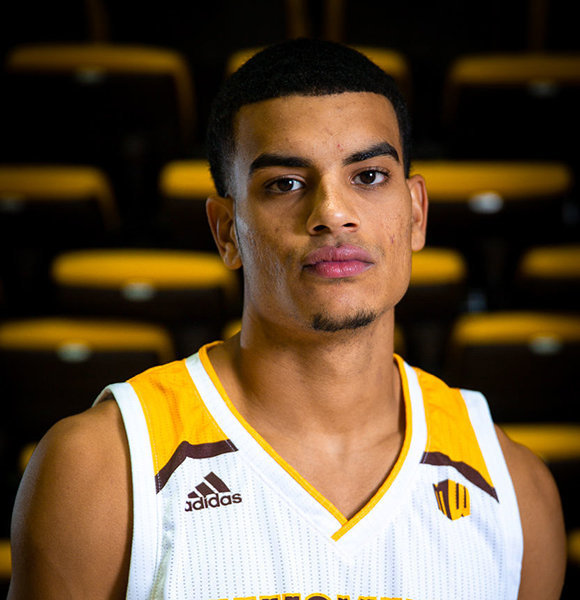 Sacramento Kings' newest rookie recruit Justin James has yet to prove his worth in the field as there hasn't been a significant rise in his performance. With seven games played in the 2019 season (the year he was drafted), he managed to score only 28 points until 22nd November.

Well, only time will tell if his career stats will show a major breakthrough. So, aside from his life inside the field, let's take a look into the player's life outside the NBA arena.

Is Justin James Married Or With Girlfriend? Partner Info

It's very probable that the two first crossed paths at the University Of Wyoming since both of them are from the same college. Also, Jerayah first made an appearance on his Insta post on 25th August 2017, which increases the probability that they started dating that year.

Interestingly, their love for one another isn't the only thing that the pair share. His girlfriend is a track and field athlete at UOW with several records on her resume. She is now in the senior year of her class and is pursuing a degree in the stream of Sociology. As a sportsperson, Jerayah also takes an interest in her boyfriend's games. She even made an appearance during Justin's game on 13th November 2019.

As of now, the pair are still going strong and have been spotted together on various occasions. His partner even made her presence during the NBA star's game on 13th  2019.

When it comes to family, the NBA star hasn't shied away from boasting the support he received from his parents. On his Insta handle, Justin's father and mother alike have been spotted in his games, cheering him during and after the game.

Also, he doesn't miss any chance to express words of appreciation for his father. On 21st June 2015, during the occasion of Father's Day, he shared a throwback photo featuring his dad along with a caption that read,

"Happy Fathers day to my idol, and a hero... Words can't describe the love I have for this man! Love you Pops. " Talking about his parent's ethnic background, it's evident through the pictures that his mother root in white, whereas his dad has African-American roots.

Facts About Justin James Including Age: