By LRU Writer | On: September 22, 2019
Sharon Epatha Merkerson is a popular...in the year 2019. She was previously...married to husband...parents moved from the South to look for work in the state of...Her acting skills are so noteworthy that only a few could deny how convincing her...boasts a net worth of...has to take better care of her health. At her age, she is actively engaged in awareness against her disease. Sharon also works out so... 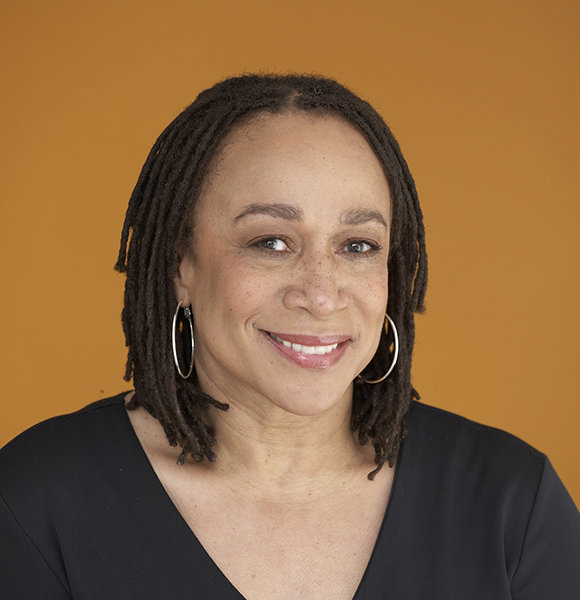 Recipient of the famous Golden Globe Award, Emmy Award and Screen Actors Guild Award through film, stage and television projects Sharon Epatha Merkerson is a popular actress in the entertainment industry. Sharon is best is known for her role as Anita Van Buren on the long-running police legal drama on Law & Order.

In 2019, the actress took on the role of Sharon Goodwin in the NBC medical drama series, Chicago Med.

The Golden Globe winner was married to Toussaint Louverture Jones on 20 March 1994. She and her husband were enjoying a happy married life. Sadly, Sharon and her husband's union couldn't last. They were married for 16 long years before parting ways. They eventually got divorced on 14 February 2006. In spite of a long-married relationship, the couple bore no children.

Further, neither the actress nor her husband Toussaint ever revealed why the pair decided to go their separate ways.

Born on 28 November 1952, Sharon of African-American descent is a native of Sagina, Michigan.

The actress' parents moved from the South to look for work in the state of Michigan. Interestingly, her father chose the Epatha middle name her after his reputed teacher.

Sadly, her father and mother Ann got divorced when she was very young. The situation also affected Sharon's four elder siblings. Raised by a single mother, Sharon moved into an all-white Detroit neighborhood when she was 13.

Despite adversities as a young child, Sharon graduated from the Detroit Wayne State University with a degree in Fine Arts.

In 1978, a fresh graduate back then, she moved to the city of New York to display her skills on stage. Sharon - height 5 feet 6 inches (1.68m) - made her television debut in 1987 as Reba the mail lady on the children's show Pee-wee's Playhouse.

With almost 60 acting credits to her name, Sharon boasts a net worth of $9 million.

Her acting skills are so noteworthy that only a few could deny her convincing performance.

On one occasion when Sharon was shopping in a Manhattan convenience store, the 66-year-old actress found herself surrounded by a police task force. She was then escorted outside arms in arms by the men.

However, she was not taken by the task force for a crime. Apparently, the men were so impressed with her portrayal of strong-willed NYPD Lt. Anita Van Buren they wished for her to be their boss.

Her character's impact on the public was too strong. When Anita- her onscreen role - had cervical cancer on the show, Sharon had to reassure fans that it was her character, not her real self who was diagnosed with cancer.

Though she might not have cancer, she does have diabetes. Diagnosed with type 2 diabetes at the age of 50, she has to take better care of her health. At her age, she is actively engaged in awareness against her disease.

Sharon also works out so that the weight loss from the exercise helps her maintain her health and blood glucose.