By LRU Writer | On: October 22, 2019
Some have always wanted to keep their personal life separate from the professional world. Even for celebrities who are followed by paparazzi and media outlets everywhere, it is possible to maintain a low key dating life...actress Kaitlyn Black. To date, she has kept a...woman who has had so many steamy on-screen romances in her career, it is surprising that there is not a.... 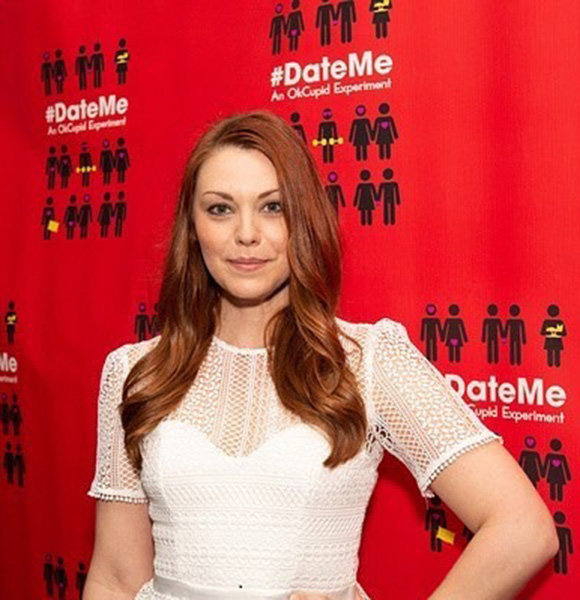 Some have always wanted to keep their personal life separate from the professional world. Even for celebrities, who are followed by paparazzi and media outlets everywhere, it is possible to maintain a low-key dating life.

Such is the case of Kaitlyn Black. To date, she has kept a tight lip about her personal life and hidden it well from the limelight. Dig deep into her life and find out if the actress is dating a boyfriend or married.

The star of the TV show Hart Of Dixies, Kaitlyn's character AnnaBeth Nass' romantic involvement in the series is truly remarkable. On her list of lovers is her ex-husband Jake Nass, who sadly left her for another woman. The character of Jake, however, is yet to appear on the screen.

Jonah Breeland is another romantic connection portrayed by the talented Travis Van Winkle. Other on the list include Oliver, Lavon Hayes, and George Tucker.

George Tucker is her character's latest love interest. The part is played by the wonderful Scott Porter, and the duo shares quite the intrinsic romance in the series.

For a gorgeous woman who has had so many steamy on-screen romances in her career, it is surprising that there is not a single name linked to her. Aside from  Kaitlyn's on-screen boyfriends and husbands, no one can be set as a dating partner.

It is unsure if the beauty wants to keep her dating status silent. However, she is yet to get married or be seen with a boyfriend.

Kaitlyn Black - height 5 feet 6 inches (1.68m) - was born on 29 July 1983 in Ohio, USA. Her father is a doctor named John Black, and her mother is MaryAnn Black. Aside from herself, she also has a younger sister named Haley Griffin. The actress received her early education at the revere High School and graduated in the year 2001. She then earned a Bachelor of Arts degree in Theater from Kent University in 2005.

Apart from her education, Kaitlyn was also trained as a dancer in ballet, jazz, and also tap style.

With a long list of TV shows in her arsenal, Kaitlyn boasts a resume with hits like Cold Case, Hart Of Dixie, Raising Hope, How to Be a Gentleman, Enlightened, Traffic Light, and Relationship Deli.

With such an impressive list, the TV actress is sure to leap into the Hollywood industry to work on feature movies soon enough.

Through her efforts as an actress, the beautiful haired beauty is measured to earn a salary of $50,529 per year. However, with her history in the TV industry, Kaitlyn - age 36 - might be entitled to more than the estimated amount.