By LRU Writer | On: October 07, 2019
Mateo Arias always has a sense of competition with a sibling brother in the...Mateo’s ever-growing career, his love life is cruising along with his girlfriend...Colombian ethnicity from his parents, Mateo brought a South American flavor to whichever role he...from acting, he also does some creative and composing work together with his... 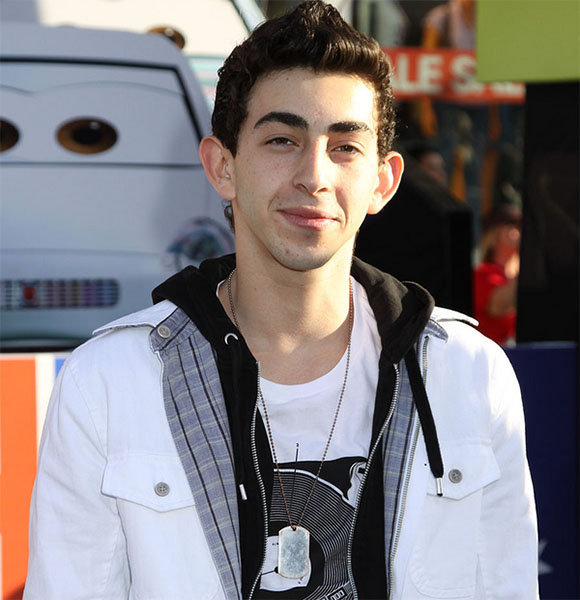 There is always a feeling of competition when you have a sibling brother in the family. The same was the case with Mateo Arias.

Mateo is a Disney prodigy widely recognized for his martial arts comedy, Kickin' It. But, what made him pop out was his relationship with his actor brother Moises Arias.

Though both siblings are emerging actors, they push each other to grow better with each role they portray. Also, they work out together, coming up with their very own movie idea and web series.

Just like Mateo’s ever-growing career, his love life is cruising along with his girlfriend, Emilia Emcke. The loving couple first burst into the scene when Emilia posted a picture with the actor on his birthday in October 2018.

Ever since then, their love seems to be growing with every passing day. The two frequently exchange pictures on their social media and look deeply in love with each other. In August 2019, the couple celebrated their first anniversary together, and by the looks of it, they may take their dating relationship to a new level soon.

Mateo Arias - height 5 feet 7 inches (1.7m) - was born in New York City with his parents originating from the Paisa region of Colombia. He was brought up alongside a younger brother Moises Arias and pursued a career in acting.

Inheriting Colombian ethnicity from his parents, Mateo brought a South American flavor to whichever role he portrayed. His first acting role came in 2005 in Yours, Mine & Ours. Since then, he has not massively involved in acting but keeps doing other productive works as a screenwriter and filmmaker.

As of now, Mateo works out in different projects with his brother and is gearing up for a big project, which will propel his career even higher as the days pass by. Also, he runs his own YouTube channel named Moiswashere, where Mateo posts videos and makes his fans aware of any new scripts in progress.

Unlike his brother, Mateo Arias is not a massively recognized actor. As a child actor, he actively participated in movies and series like Yours, Mine & Ours, Drake & Josh, and Hanna Montana.

Likewise, he also was the voice behind the character of Antonio Perez in the 2013 film, Despicable Me 2. Other than that, the 23-year-old has appeared in guest roles in some movies and shows.

Apart from acting, Mateo also does some creative and composing work together with his brother. From the same, Mateo accumulates a massive net worth for himself, which comes close to his brother's net worth of $600 thousand.