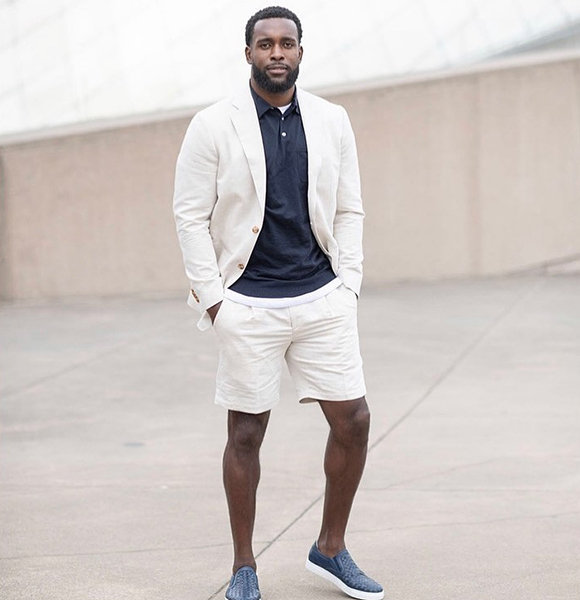 Kam Chancellor had it all until he lost it. A former American footballer for the Seattle Seahawks, he began his career almost a decade ago.

But, all that came to a stop in 2017. Find out what happened and more on the ex-footballer.

After being together for seven years with the Seahawks, Kam signed a three-year $36 million contract extension with $25 million guaranteed on the 1st of August 2017. All was good until he suffered a neck injury in November 2017. Later on the 18 November, it was revealed that Kam would miss the rest of the season.

Because of the seriousness of the injury, he had to walk away from the sport. After failing a physical checkup, the footballer’s contract was terminated on the 9th of May 2019. In July 2018, he announced his decision to retire from football.

Despite his early exit from the sports, Kam earned a tremendous net worth of $10 million from his career.

Apart from his career in sports, Kam is also a businessman. He has a show line targeted towards athletic men called The Chancellor Collection. He is also a co-owner along with his wife of Form By Force, a fitness ground.

Similar to his professional career, Kam has proved his loyalty in terms of his relationship too. He has stayed faithful to his longtime girlfriend Tiffany Luce throughout the years. Tiffany is a model and an actress. She has appeared in Grimm, The Reason, and The Librarians.

After dating for years, the couple got engaged in November 2016. A year later, Kam and Tiffany sang the wedding bells in July 2017.

Kam Chancellor Wife with his wife, Tiffany Luce with a baby bump on the 16th of June 2019 (Photo: Tiffany Chancellor's Instagram)

Two years after getting married, Kam announced his wife's pregnancy in 2019. Tiffany also posted several photos of her flaunting her baby bump.

However, the couple has chosen to remain mum about their baby's arrival. Tiffany has appeared on her social media without the baby bump but has not posted any photos of her newborn.

Kam was born on the 3rd of April 1988. His single mother Karen Lambert raised him in Norfolk, Virginia.

Karen worked several jobs to support the family. Later, after having a successful career, Kam surprised his mother with a house and a car.

Quaterback For The Seattle Seahawks :- What Caused Trevone Boykin's Arrest? Will Affect His Contract Deals Or Not?

Despite being raised a single parent, he got all the opportunity like any other kid out. His mom sent him to study at Maury High School. Later, in 2006, he enrolled at Virginia Tech to study human development.