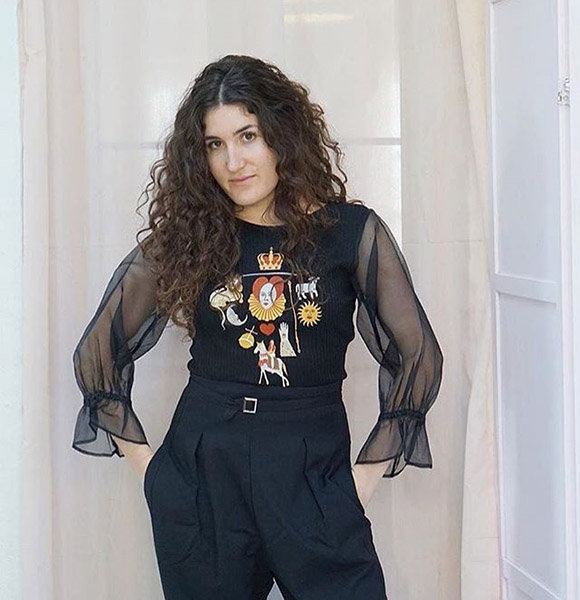 Kate Berlant is not yet a household name in the comedy business and doesn't have a Netflix's standup special starring her. But, she does gloat a very dedicated fan base, who can’t get enough of her improvisational comedy.

With a touch of absurdist and surreal humor, Kate is quickly rising in the field. For her performance in the TV series 555, she was nominated at the Gotham Independent Film Award.

The comedian has also lent her voice in the Netflix show Bojack Horseman and worked for major networks such as Comedy Central, TBS, and TruTV.

Kate was born on 16th July 1987 in Los Angeles, California, and grew up surrounded by artistic people. Her father Tony Berlant is an established artist with a New Talent Purchase Award to his name. Whereas, her mother Helen Mendez of Spanish heritage is an actor and performer.

Her parents first met each other in Michigan but started dating after meeting again at the art gallery where one of Tony's art pieces was featured.

Growing up, Kate worked for many of her parent's artist friends, which inspired her to experiment with comedy. Likewise, to focus on her career in comedy, the actress stopped continuing her study after finishing her Master's from New York University.

When Kate McKinnon became the first openly lesbian cast of Saturday Night Live, many confused Kate Berlant as a lesbian as well. In reality, though, the comedian’s sexuality is straight.

Although she isn't married yet, she is in a dating relationship with her longtime boyfriend, Andrew DeYoung. She has even collaborated with her boyfriend professionally as he was the director of the Kate-starrer Vimeo’s 2017 series, 555. She first met Andrew via Twitter when he messaged her after going through her tweets. She eventually met him in Los Angeles, and gradually, both of their professional and personal relations began to take shape.

Only time will tell, though if Kate is planning on spending a lifetime with Andrew as her husband.

Kate - height 5 feet and 3 inches (1.6 meters) - hasn't yet revealed the figures of her net worth. However, she is at the prime of career and is reportedly worth millions.

Interestingly, in 2019, she was chosen for a role in legendary director Quentin Tarantino's movie, Once Upon A Time In Hollywood. The character certainly gave her a boost in the big screen and provided a nice touch in her Hollywood resume.

But, despite her success in acting, Kate isn’t leaving her comedic roots. She is cashing in income from her LIVE shows and tours, which she promotes and sells through her self titled website.