By LRU Writer | On: October 09, 2019
Kathryn Newton With Boyfriend? Her Dating Status Now An American actress Kathryn Newton best known for her role as 'Alex Nelson' in 'Paranormal Activity 4' is passing through hectic shooting schedule in Hollywood with projects lined up. Despite being busy in her acting realm, she is as of now spotted with a boy, probably her boyfriend. So lets read through it to be acquainted with Kathryn relationship status! 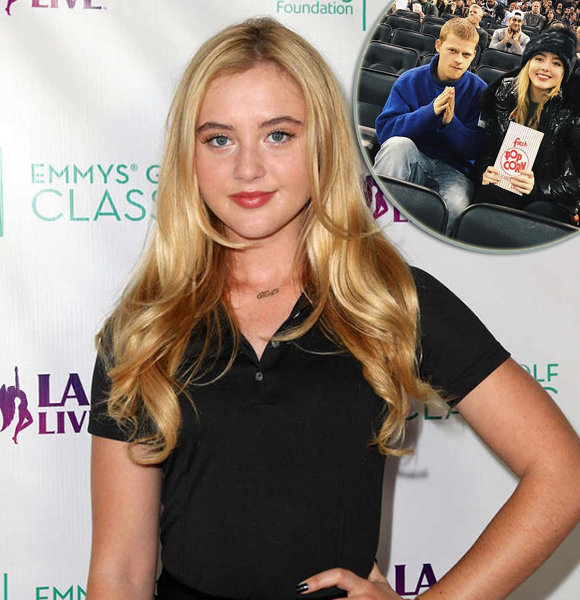 American actress Kathryn Newton best known for her role as 'Alex Nelson' in 'Paranormal Activity 4' is passed through a hectic shooting schedule in Hollywood with projects lined up. Despite being busy in her acting realm, she is as of now spotted with a boy, probably her boyfriend.

So lets read through it to be acquainted with Kathryn's relationship status!

Focusing on Kathryn Newton's dating life, she was deemed as single as she didn't make an official announcement regarding her relationship status. There were no indications about her soulmate, and it seemed that she was more dedicated towards her career rather than being in a dating relationship with a boyfriend.

However, back on 12th December 2017, she shared a picture on her Instagram account in which she appeared with a handsome boy in a stadium. Furthermore, she wished him a happy birthday and even stated that she loved him which indeed raised the level of curiosity of her fans.

Moreover, her fan went through a dilemma leading them to raise questions in the comment section of the post. However, she remained unresponsive to the question and didn't clarify the relationship with a boy in her Instagram post. She perhaps is in a dating relationship with him but hesitates to share it publicly.

Thankfully, 2019 was the year where the actress seemed to be stepping up her dating life. Interestingly, there seemed to be a budding romance between her and reality star Brandon Thomas Lee. The reports of the two dating one another started surface after Kathryn was spotted with her date on two separate occasions.

In August 2019, the pair were spotted leaving the Giorgio Baldi eatery in Santa Monica, California together in his car. Moreover, as per the reports her rumored partner's celebrity mom, Pamela Anderson, and brother Dylan Jagger Lee were present at the dinner. But this wasn't the only time they were spotted spending evening together. The same month, the Big Little Lies star was seen enjoying dinner date together with Brandon again at Wolfgang Puck’s restaurant in California.

Kathryn Newton was born on 8th February 1997 in California to the parents Robin Newton and David Newton. She graduated from Notre Dame High School in Southern California in June 2015. Kathryn who lately resides outside of Los Angeles stands at the height of 5 feet 5 inches (1.65 m).

Talking about her parents, she shared a picture in her Instagram account on the occasion of Father's Day, back in June 2017.

When she was at the age of 4, she started her acting career on the ageless soap opera All My Children. Eventually, Newton booked a role as the resident cute kid on the CBS sitcom Gary Unmarried; she came in the spotlight after she played a lead role in 'Paranormal Activity 4' in 2012.

Besides her acting journey, she is a keen aficionado of golf. When Kathryn was in high school, she helped the school's golf team to win three league championships. Kathryn, whose lowest 18-hole score in a tournament is a 69, wished to participate in the 2012 U.S. Women's Open. But she was cast in Paranormal Activity 4.

Then after, she made her guest appearances on popular dramas like Supernatural and Mad Men which catalyzed to build up her stardom. In the year 2017, she had her presence felt with performances on Big Little Lies, Three Billboards Outside Ebbing, Missouri and Lady Bird.