By LRU Writer | On: September 20, 2019
Ken Dilanian is a...For his contribution in the field of...has also won the...Success in both professional life and personal life. The... Son of parents...Ken's credits his passion for the...to his father...From the college, he received his degree in...During his period at the organization, he worked on various fronts. As an...With his rich career and professionalism in the world of... 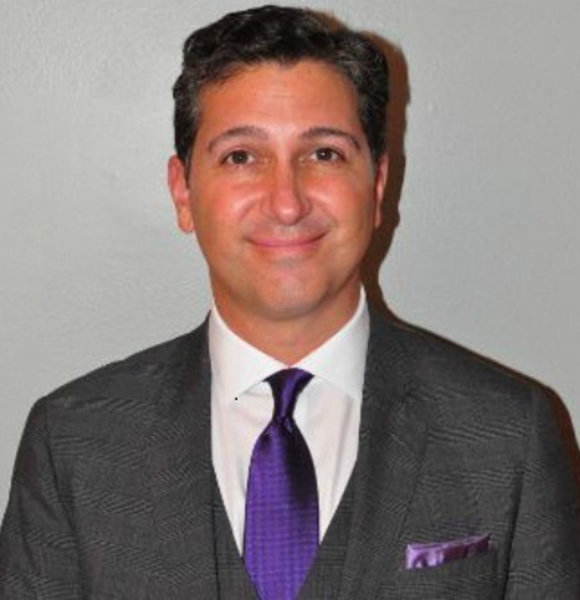 National security reporter and journalist for the NBC News Investigative Unit situated in Washington, Ken Dilanian is a devoted journalist. Ken has contributed his time on various organizations over the past two decades of his career.

As of 2019, Ken works as a news correspondent covers details on intelligence and national security. His show airs on the web for NBC News. He also covered the sensational hot topic on President Donald Trump's government policy to withheld information from congress.

For his contribution in the field of reporting, Ken has won the Casey Medal for Meritorious Journalism for a series involving the death of children under the care of child protective services.

Ken is successful in both professional and personal life. The TV host has been married to his wife for more than 16 years.

At 51 years of age, Ken remains a married man to wife Catherine Yoon (aged 43). While Ken is of middle eastern American origin, his wife possesses Asian-American ethnicity. His wife is the daughter of a veteran who fought in the jungles of Vietnam with the Korean Army.

The couple had married in May 2003 after dating for a while.

With his spouse Catherine - who is an administrative assistant at CrowdStrike, Ken has two children. Both sons, they are named Kenneth Jacob Dilanian III (aged 14) and Maxwell Dilanian (aged 9).

His father was an Old Guard during the Eisenhower Administration and a veteran to the states. His mother, sadly, has passed away from the world.

Ken's credits his passion for the news to his father - who he calls a political junkie. Young Ken grew up surrounded by books and nightly news such as the Watergate scandal (1972- 1974).

Soon after graduating from East Longmeadow High School, he spent almost a year at prep school before joining William's College. From the college, he received a degree in Political Science and History.

During his years as a fresh graduate, Ken worked at the Philadelphia Inquirer from 1991-1994. He then went on to work for Fort Worth Star and San Antonio Express-News until 1997.

In that year, Ken returned to the Philadelphia Inquirer and worked there for the next decade. During his period at the organization, he worked on various fronts. As an investigative reporter, a political reporter and even as the Rome correspondent.

Gaining public recognition from the Inquirer, the journalist/reporter went on to work for USA Today from 2007 to 2010. He also added experience by working for L.A Times and Associated Press, 2010-2014 and 2014-2016 respectively.

His latest stop is NBC News. Working since the year 2016, the reporter has covered various topics throughout the years. Not only coverage of reports, his love for the news industry runs so deep that he also suggests his twitter followers read and view the news. Among the many news articles he has mentioned includes the hot topic of "Sherlock Holmes of Armenian Genocide: Uncovers Lost Evidence," which was published in 2017 on the New York Times

With his productive career and professionalism in the world of journalism, Ken is measured to earn an average salary of USD 67,407 per year. While his career has reached great heights, an exact measure to his net worth is unknown.