By LRU Writer | On: August 08, 2019
Kevin Tway finally stepped out of his father shadows, winning his first Major trophy in...turned golfer did not have any individual trophy to his name up until...gets so busy playing golf that he does not have any intentions to get married and... bagged a whopping $5,062,782 from his participation in... 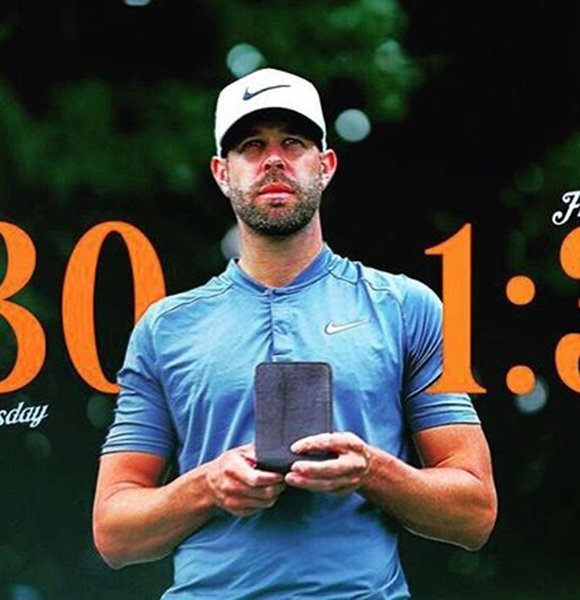 Leading the Sentry Tournament of Champions with a round of 66, Kevin Tway finally stepped out of his father's shadow winning his first Major trophy in Safeway Open at the start of 2019.

The golfer - who turned pro in 2011 - did not have any individual trophy to his name up until 2019. In the 114 events, he participated, Kevin landed eight top-ten finishes and two third-place finishes.

Let’s march ahead and know more about the golfer's net worth, wife, and 2019 season.

Kevin Tway worked hard day and night to get to where he is today. His unparallel devotion towards the game drove him to tremendous heights and fame in the sport.

The golfer is often busy with his career that he rarely has time to think about getting married and settle down with a wife. Kevin had even posted a picture of a golf field on Valentine's Day 2015 and also mentioned the sport as his first love.

Starting the new season with his first major championship victory, Kevin Tway might be years from having a serious relationship.

Born as the son of golf legend Bob Tway on 23 July 1988 in Edmond, Oklahoma, Kevin Tway had a vast legacy to carry on his shoulders from a very young age.

He grew up idolizing his father but ended up under his shadow every time. His height of 6 feet 3 inches (1.85m) also resembled his father’s looks and stance. But without a major win to his name, Kevin had a long way to go. Growing up, he was a four-time All American for the state of Oklahoma. But, he did not perform well in PGA’s and Championships. After being a professional in 2011, Kevin played more than a hundred games but did not win any trophies.

However, in 2019, he broke the trophy drought and won his first PGA Championship. A proud father, Bob was overwhelmed by his son’s performance as they became the 10th father-son duo to win the PGA tour.

Kevin Tway started the 2019 season with a fabulous victory in the Safeway Open. Winning the game with seven-under-par 66 on the wind-whipped Plantation Course, the Oklahoma native showed his worth.

Now, that the new season is underway and the champion golfer is leading the way, he is poised to earn a hefty sum at the end of the year.