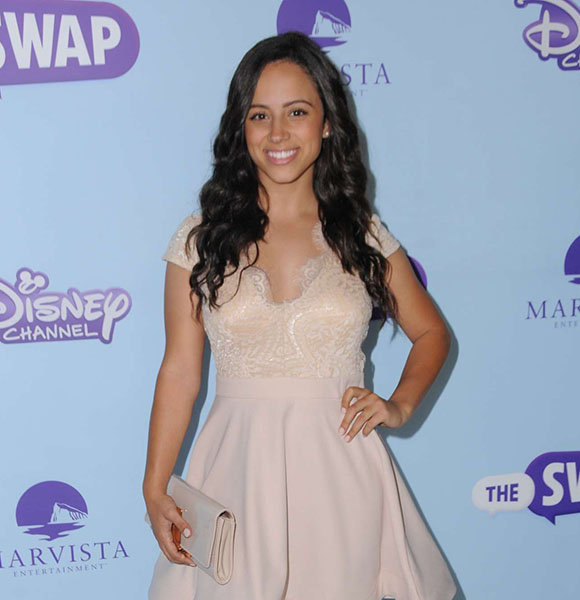 Kiana Madeira is an actress, who rose to fame after starring as Sierra in Disney TV movie Bad Hair Day(2015). She also starred in various Disney shows and Syfy Networks horror movie like The Night Before Halloween(2016).

Apart from acting in movies, she made an appearance as the character Stacey in the popular action-adventure game titled Watch Dogs 2.

Kiana Madeira was born on 4th November 1992 in Ontario, Canada. Her parents have a Portuguese background. She grew up alongside her older brother Nikane and younger sister Kyla Madeira.

Interestingly, both of her siblings have acted in movies. In 2007, the actress along with her brother appeared in the Canadian sitcom Little Mosque on the Prairie(2007). Also, her sister Kyla performed in Amazons critically well-received series The Expanse in 2015.

Kiana was interested in pursuing her career as an actress ever since she first watched musical drama Grease(1971) at the age of five. The movie cast a significant inspiration on her as she would dream of working with the film's main star cast, John Travolta someday.

More On John Travolta :- Kelly Preston Tackles Divorce With Husband! One Of Strongest Married Life Around

Eventually, at the age of 10, she started her acting career by signing with an agent. And, by the time she reached 20, she had earned her breakout role by playing the role of Julia Wilson in the sitcom titled Really Me(2011).

As of now, the Canadian born actress won't be working with John Travolta any sooner; however, she will be seen acting alongside hit Deadpool franchise actress Brianna Hildebrand in the upcoming Netflix series Trinklets(2019).

Kiana has been in a commited relationship with her boyfriend Lovell Adams-Gray, whom she started dating since 2016. He is also an actor known for TV series and films such as DCs Legends of Tomorrow(2018), Rogue(2014). The actresses' boyfriend won the 2018 Critics Pick Awards for outstanding performance in a leading role.

Kiana and her partner are very transparent about their love for one another, even in social media. The pair celebrated Lovell's birthday in February 2019 in New York. Since Kiana has a spiritual personality, she considers her boyfriend to be a critical balancing force in her life, calling him a yin to her yang.

Kiana Madeira is not a big name in Hollywood. Yet, she manages to garner over an average income of $50,000 annually as an actress. Since she is working under the contract of big platforms like Netflix in significant roles, it is evident that she is garnering a good net worth.

In terms of her body features, she has a well-maintained figure with an attractive weight of 57 kilograms and a height of 5 feet and 5 inches(1.65meters).