By LRU Writer | On: August 05, 2019
Kim Hawthrone has made a separate fan base for herself in broadway, soap opera, and primetime...has continued to wow the audience with her unmatched acting and charming...assumed to be married with a spouse named Curt and bear...acted in roles of wife and mother in several movies throughout...rocked a wig which covered up her short and curly hair to match... 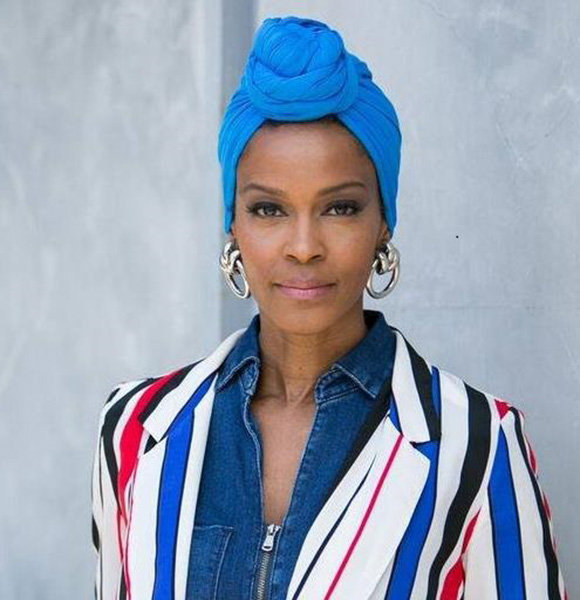 Making her television debut in 1991, Kim Hawthrone created a separate fan base for herself in Broadway, soap opera, and primetime TV scene.

The actress featured in blockbuster movies and series like The Chronicles of Riddick, Rake, Lucky Louie, and Criminal Minds. She even got nominated for Canada’s most prestigious Leo Award for her role in DA VINCI’S INQUEST.

The acting sensation, Kim Hawthorne, has continued to wow the audience with her unmatched acting and charming personality.

While she is a mother of two adorable children Tobie(age 12) and Julian(age 15), the identity of her possible husband and children's father is a secret.

The Rake actress was assumed to be married with a spouse named Curt and bore a child with him. But, no evidence held the rumor true, and the star herself did not justify the relation. Now, Kim enjoys spending time with her boys and flaunts about her kids in her Instagram handle.

Kim, who was born in Jersey City, New Jersey in 1968, celebrates her birthday on 19 April as per her date of birth. She was raised by her parents alongside her younger brother in a family of four.

At the age of 12, she studied Opera and earned a Classic Music scholarship at Birmingham-Southern College in Alabama. After receiving a Bachelors of Arts degree in Musical Theatre, she was cast for the first time at the Alliance Theatre in the role of Minnie Dove Charles in Pearl Cleage’s Flyin’ West.

Then, she gained a lot of offers and started landing recurring roles in bigshot movies. The Newark native was not only loved for her acting, but her appearance also caught the eye of many.

With a height of 5 feet 5 inches(1.65m), Kim rocks a wig which covers up her short and curly hair to match her looks perfectly.

As of 2019, the actress is a series regular for Greenleaf and often makes guest appearances in movies and talk show.

Kim Hawthrone carries a two-decade-long career and acting legacy on her shoulders.

During her tenure in the film industry, she has acted in over a hundred credited and uncredited movies, drama, and TV shows, and gained massive praise and admiration from the people.

Now, an average actor’s salary is $49K in America. But, for a legendary actress, who has given her life’s twenty years for the entertainment of the people, the earnings and stardom are off the hook.

Other than acting, Kim also diverts her creative mind into creating a masterpiece of jewelry. Overall, from her acting profession and jewelry design job, the 51-year-old probably boasts a net worth in millions.