By LRU Writer | On: August 27, 2019
Desiree Rose is a young actress who motivates and inspires people with her...The American actress also featured in blockbuster movies like...parents who worked as a teacher and realtor in...participated in giving a motivational speech to kids in Georgia’s foster system and served as a Youth Counselor for... 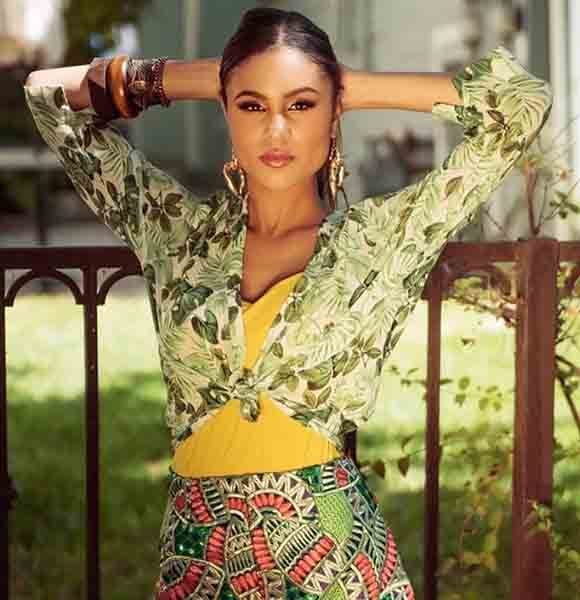 American actress Desiree Ross motivates and inspires people with her philanthropic efforts. She works with Saving Our Cinderellas to help poor and needy children.

Winning the hearts of people by her humanitarian acts and also acting, Desiree has featured in blockbuster movies like A Country Christmas Story and If You're Gone alongside the likes of Dolly Parton, Lynn Whitfield, and Keith David.

Desiree was born on 27 May 1999 in South Carolina to parents, who worked as a teacher and realtor. She was raised in a church alongside her brother Desmond Ross and other young siblings in South Carolina.

The actress boasts a mixed ethnicity from her parents and stands above the height above 5 feet and four inches (1.63m).

Growing up, she attended Ross Preparatory Academy and graduated in 2017 with a 4.3 GPA. During her high school days, she served in a lot of volunteer works and served as a mentor to a Chicago Art School.

Moreover, she actively participated in giving motivational speeches to kids in Georgia’s foster system. She also served as a Youth Counselor for the middle and high school girls at the Christan Youth Camp. Desiree Ross with her father during his birthday in July 2019 (Photo: Desiree Ross's Instagram)

After graduation, she shifted her attention to pursuing an acting career. The young actress first Hollyhood break came with Lifetime’s A Country Christmas Story, where she even sang some of the soundtracks for the movie herself.

Gradually she started becoming a familiar face in the industry as she landed a recurring role in the Spielberg/TNT’s season four of Falling Skies, alongside Will Patton and Noah Wyle.

Finally, the youngster tapped a lead role in Lionsgate/OWN’s Greenleaf in 2016 as the series regular.

Her strong acting resume landed her chances in movies like If You’re Gone and Bumbershoot. Other than that, Desiree is also into singing and clothes designing.

As of now, the 20 years old South Carolina native enjoys her shooting in the sets of Greenleaf and divides her time between charity events and family.

Desiree Ross is a rare find in the entertainment industry with both beauty and talent. While her acting skills are unrivaled at such a young age, she is also killing it with her beauty and charm.

As of late, her dating life has been a matter of concern for her substantial male fan following. Even though she has not opened up on her relationship with a boyfriend, her on-screen chemistry with Roberto Calloway in the famous TV series Greenleaf has raised people’s eyebrows.

The actress plays the central role of Sophia Greenleaf in the TV series where her character finds a love interest in Roberto after she gets turned down by her crush Isaiah Hambrick.