King Bach: Every Dating Affair and Girlfriend This Viner Has So Far

By LRU Writer | On: December 23, 2020
King Bach: Every Dating Affair and Girlfriend This Viner Has So Far To be the biggest movie star in the world is what the American actor and comedian, King Bach dreamt of. And as of now, Bach is not just an actor, but also an internet personality, producer, content writer and Ceo of RuJohn Foundation, who has captured massive attention through his works. And not to mention, this multitalented figure is also a viner. 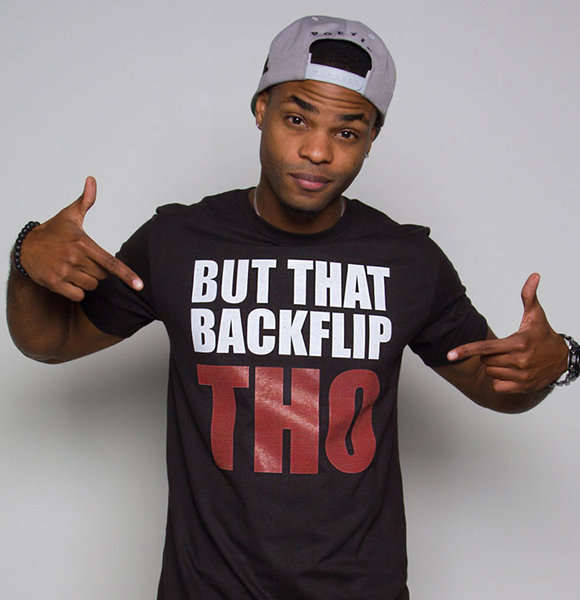 It's no secret that the on-screen industry has always attracted highly ambitious people.

Andrew Bachelor, aka King Bach, wanted to be the biggest movie star in the world ever since he watched his first movie.

As of now, Bach is not just an actor but also an online personality, producer, content writer, and Ceo of RuJohn Foundation. And not to mention, this multitalented figure is also a Viner, indubitably, the most successful Viner of all time with more than 9.6 million followers. He also has the most views movie on Netflix.

Well, the actor has even found fame beyond the internet and among the ladies. Accordingly, it is indeed difficult for the 32-year-old Viner not to get tangled up in dating rumors in between his journey.

One of the names that are on the list is Liane Valenzuela, who is a Vine star, actress, singer, dancer, and model.

Bach started dating the talented beauty back in January 2014. They were pretty much open about their relationship on social media handles.

They even appeared in a couple of projects together. However, the duo parted their ways in February 2015.

Who is King Bach Dating?

Right after breaking up with Liane, Bach's dating rumors with the model and TV personality, Amanda Cerny, hit the headlines.

Caption: Bache and Amanda have also worked together on several Vines (Published on Aug 29, 2017)

Later, the online media went as far as to claim that they were married for about a year.

Back in July 2015, Bach, however, uploaded a tweeted photo with a caption that referred to Amanda as his friend. Caption: The picture shared by King Bach with Amanda Cerny on Twitter with the caption "#FriendshipGoals" in July 2015 (Photo Credit: King Bach's Twitter)

Despite the rumors, the pair hasn't made any official statement regarding their possible relationship so far. But, in 2017, Amanda had few loving words to offer to King on her Twitter. Here's the tweet.

I miss you @KingBach wish you were here with me on this adventure. Xo we will forever work hard and live our lives to the fullest. Love you! — Amanda Cerny (@AmandaCerny) August 28, 2017

And, responding to the tweet, Bach expressed his mutual feelings to Amanda. Are they dating or just friends?

Later, in September 2016, Pons and Amanda, who were friends, accused each other of public shaming one another. Reportedly, Amanda first accused Pons of deleting her famous online content without her knowledge, and then she uploaded an Instagram picture blurring Pons' face.

Who is King Bach Girlfriend?

This summer, rumors swirled around the internet that King was in a relationship with Jessica Allain, an actress. This all started when King shared a post on her Instagram where the couple was seen relaxing in Lake Tahoe. The caption read: "Laughter is the best medicine. I just gave her an extra dose."

Jessica, on the other side, shared the same post where her caption read: "Best dau off!"

But the rumors turned down as IMDb reported that the duo was shooting a horror flick directed by Deon Taylor.

Anyway, it's not known if the famous Viner, King Bach, is currently single or is dating someone in 2020. But it is for sure that King Bach doesn't have a wife.

American actor, online personality, and businessman Andrew Byron Bachelor, a.k.a. King Bach, was born on June 26, 1988, in Toronto, Canada, to accountant parents. He inherits Jamaican roots as his parents Ingrid Maurice and Byron Bachelor, were from Jamaica. He spent his childhood in a strict Christian household in West Palm Beach, Florida.

He has a sister whose name is Christina Bachelor.

The actor graduated with a Bachelor Degree of Science in Business Management from Florida State University in 2010. Later, King enrolled at New York Film Academy right after his graduation.

While studying at New York Film Academy, he also joined a comedy troupe and a drama club.

Before joining YouTube and then Vines, Bach dropped out while studying in the last semester at New York Film Academy to pursue his future in the video making world.

King was also an excellent athlete in his early days, but his passion for acting drew him towards the light of stardom.

Remarkably, Andrew has shown his acting and comedy skills not only in his VInes videos but also in TV series such as "Black Jesus," "The Mindy Project," and in movies like "Fifty Shades of Black,  and "Meet the Blacks."

Bachelor's net worth is estimated to be $3 million. He is currently working on a gay parody movie,’ Get Out 2’; Although the movie revolves around the same story as the original, there’s a hilarious twist in the remake.

Byron Bachelor was successful in grabbing the title of the most followed person on Vine in 2015. He had earned 112.3 million followers peaking at the top of the app for the number of followers.